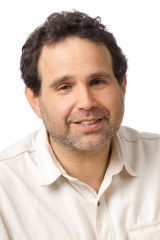 Jamin Halberstadt received a B.A. with Honours in Philosophy from Swarthmore College in 1989, and a PhD in social psychology from Indiana University in 1996. His eclectic research interests include a variety of topics in decision making, emotion, facial attractiveness, social categorization, and religious belief. Recently he partnered with Animation Research Ltd. to study group formation by filming students from the roof of Forsyth Barr Stadium – a precursor to the world’s largest social psychology experiment. He heads a large research group, the Social Cognition Laboratory, and has been nominated as Otago's "Best Postgraduate Supervisor" five times.

Professor Halberstadt holds an "A" ranking in New Zealand's Performance Based Research Fund, is a Fellow of the Association for Psychological Science and the Society for Experimental Social Psychology, and is the recipient of both the New Zealand Association of Scientists Research Medal, and the University's Carl Smith Medal. His work has been reported in over 100 publications and conference presentations, and features regularly in the national and international press. He is currently an Associate Editor at Psychological Science, the world's leading journal for empirical psychology.