Otago academics doing their bit for the public good 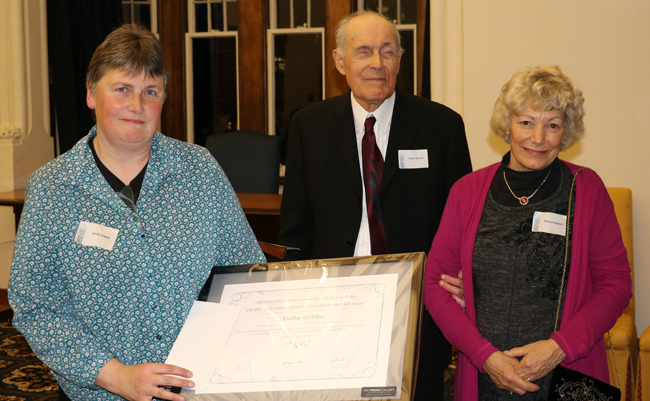 Not one, but two Otago academics were celebrated when the Critic and Conscience of Society Awards were presented at the University Council Chamber last Friday night.

The Critic and Conscience of Society Award was introduced in 2017 by the Gama Foundation – an organisation established by Grant and Marilyn Nelson – to recognise academics who have frequently provided the public with independent, expert commentary on issues affecting New Zealanders.

Universities New Zealand administers the selection process for this highly contestable award on behalf of the Gama Foundation. Each year the Award is made to an academic staff member who, in the opinion of a panel of three independent judges, has done more in the past two calendar years than any other applicant to provide the public with independent, expert commentary on an issue or issues affecting the New Zealand community or future generations. For the first time the annual award was given to two academics. Recipients get $50,000 to assist with research, conferences and other work-related expenses. 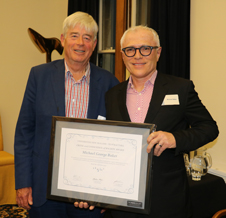 Public health specialist Professor Michael Baker from the University of Otago, Wellington, received a special award for his extraordinary efforts in keeping New Zealanders informed about the COVID-19 crisis and public health issues in general. While, lecturer and social worker Associate Professor Anita Gibbs received the award for her tireless advocacy raising the profile of Fetal Alcohol Spectrum Disorder (FASD) in New Zealand.

University Vice-Chancellor Professor Harlene Hayne says the Nelsons are the reason for the awards. “I know that the Critic and Conscience of Society Award is their brainchild and they are very proud of it.

“We are extremely lucky here in New Zealand that our role as the Critic and Conscience of Society is enshrined in legislation. The Education Act of 1989 specifies that universities accept the role of critic and conscience of society and that academic freedom is to be preserved and enhanced.

“I hope that we can learn from this event and return to a better normal and really build on this experience of us all making a huge difference. Hopefully New Zealand can be an example to the rest of the world.," Professor Michael Baker

“We celebrate two University of Otago academics who have made important contributions to public discourse in New Zealand through their own scholarship.” Professor Hayne says.

Grant Nelson says the Gama Foundation established the Awards to encourage all university staff to act as the “critic and conscience” of society.
Associate Professor Anita Gibbs says that infrastructure is needed to ensure that there is early diagnosis of those with FASD.

“We have the science now and know that drinking is a big issue in our society. FASD is a recognised disability that gets no funding. It is a totally avoidable disability, which may include a range of intellectual and developmental issues. We think it’s around two and a half times as common as autism, which is funded by the Ministry of Health.

“All we can do to support these families makes things better for all in the long run. It offsets disastrous problems down the track which can include child welfare, mental health issues, or prison.

“I am passionate that one can only take action when children are stigmatised, excluded and treated differently because of their disabilities,” Associate Professor Anita Gibbs.

“I am passionate that one can only take action when children are stigmatised, excluded and treated differently because of their disabilities.”

Associate Professor Gibbs plans to do a number of things as a result of receiving the Award, including providing free seminars to health professionals, further training to Corrections staff, running caregiver support groups for Dunedin families and providing advice to the Ministry of Health on a new FASD action plan.

Professor Baker says that free speech is vital, where you can speak out when you see threats to society or our health. He notes that the response to COVID-19 has been the most intense period in his life and both fascinating and terrifying at the same time.

“I hope that we can learn from this event and return to a better normal and really build on this experience of us all making a huge difference. Hopefully New Zealand can be an example to the rest of the world.”

Professor Baker plans to use the funding to build on New Zealand’s successful pandemic response. He hopes that the country can “reset” its direction to better manage other public health threats such as the looming climate change crisis and environmental disruption.