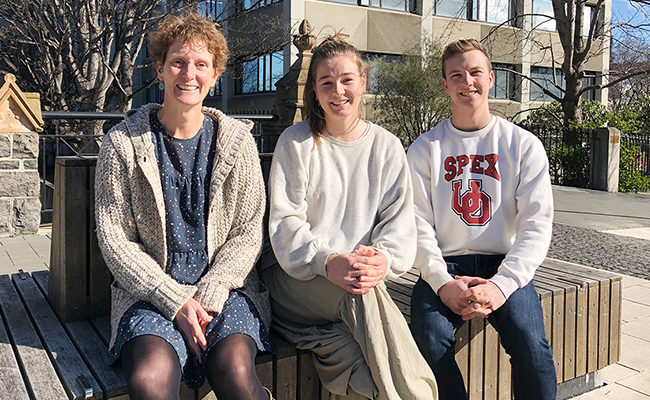 The applications for New Zealand Rural Games Trust Scholarships were so impressive, the Trust decided to award two $1000 scholarships instead of one, to second-year Otago students Thomas Menlove and Holly Williams.

The scholarship is awarded to students from a rural background who are progressing to their third year of study for a Bachelor’s degree programme within the School of Physical Education, Sport and Exercise Sciences Te Kura Para Whakawai (SPESES). The Trust has been awarding scholarships for several years, and last year established a dedicated scholarship for University of Otago students.

Founder of the Trust, Steve Hollander, says the scholarships aim to support young people pursuing tertiary education who plan to give back to their rural communities, particularly through sport and physical activity initiatives.

“The scholarship gives people a bit of a leg up with financial assistance, it is for people from rural backgrounds who can show they are able to give back to the rural community and it helps them qualify at a tertiary level but also get stuck into the rural sector,” says Steve, who studied Physical Education at Otago in the 1980s.

Visiting the School recently for the first time in 50 years, he says it reminded him of the opportunities PE teaching and all sciences have to offer the rural community, including in the area of rural mental health. “There’s no better age to get started [in the area of mental health] than at the secondary school and tertiary level.”

The scholarships follow on from the work the Trust is doing in secondary schools through its Clash of the Colleges rural sport competitions and the Agri Futures programme which encourages students to take up careers in the agri-sector.

“I was rapt with the level of applications received,” says Steve, who was on the selection panel with other trustees and SPESES Dean, Associate Professor Elaine Hargreaves. “When I sat down with Elaine it was really difficult. We decided on two. I spoke to them and could see they were good people exactly fitting the mould of what we wanted to achieve. They were from Dipton and Gisborne, giving back into their community.” 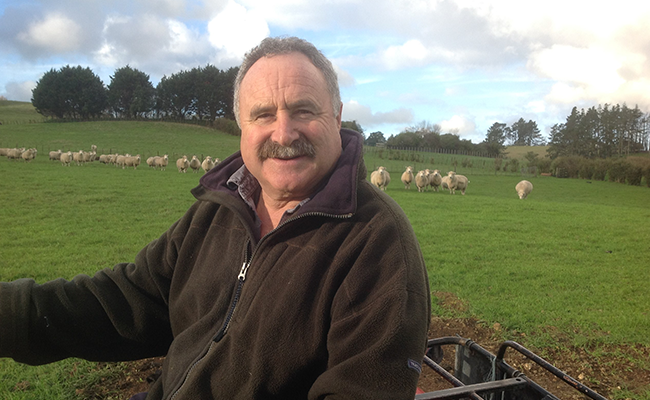 Thomas grew up on a sheep farm in Dipton, Southland, and his application says his childhood involved “classic activities of country life such as wading through snow while shifting winter feed breaks and working up a sweat while pressing wool during shearing in the middle of summer”.

He helped coach junior sports teams at Dipton Primary School and was captain of cricket and rugby teams. At Central Southland College he coached year seven and eight teams at the local cricket club, was a Physical Activity Leader and ran lunchtime games for students.

During his final year at school, Thomas helped a class of year nine students transition to high school through team building games and mentoring activities, promoting mental and physical health. This summer, he hopes to do some cricket coaching with junior teams.

Studying for a Bachelor of Applied Science with a Physical Education, Activity and Health major, he plans to become a secondary school teacher.

“I was very grateful to receive the scholarship,” he says. “I don’t do those things, like coaching, expecting a reward, so it’s cool to be acknowledged for the voluntary things that go on.”

He says his plan is to teach Physical Education and Biology, and if an opportunity came up to teach in a rural area or small town he’d be very happy to do that.

“I think those areas that are outside the main centres often get neglected. . . a lot of people enjoy the convenience of Christchurch or Dunedin or somewhere bigger. I really know the value of those smaller communities and I’m happy to give back in that way.”

Holly, who is studying for a BSc, with a double major in Exercise and Sport Science and Psychology, says she was “very excited and very grateful” to receive the scholarship.
From Gisborne, Holly was awarded an Otago Performance Excellence Scholarship for Rowing and represented New Zealand in 2019 at the Student Global Leadership Institute in Hawaii. She has national medals in rowing, triathlon, multisport, cross country and surf lifesaving.

Growing up on a sheep and beef farm, Holly says she has huge appreciation and love for the rural sector. In her application, she says she has “witnessed how hard members of the rural sector work, and the struggle of accessibility to social physical activity and organised sport for people in remote areas.

“Having also witnessed devastating mental health implications as a result of the isolation many face in their jobs in the rural sector, bringing people together through physical activity for the promotion of physical and mental wellbeing is something I am becoming increasingly passionate about.”

Holly has participated in the surfing for farmers initiative and this summer hopes to run a tennis tournament at her local club and group fitness classes at the local hall, which she currently teaches at Unipol.

Associate Professor Hargreaves says the scholarships reflect Steve’s desire to recognise the work that students from the rural sector are doing, and try to create a connection back to rural communities.

While doing well in their studies is important, the main criteria for the scholarships is around the students’ connections to their rural communities and what they aim to give back in the future.

The Trust also supports a student placement of 150 hours, coordinated by Margie Lázár within the School’s Practicum paper. This year, third-year student Lucy Seaford is helping the Trust with its preparations for the Rural Games in March 2023.

Her work includes contacting Commonwealth Games gold medallists to encourage them to be available to present trophies at the Norwood NZ Rural Sports Awards – a Halberg’s equivalent for rural sport. She is also contacting potential schools to participate in the Clash of Colleges as the Trust rolls this great innovation out nationwide.

“This is the first year we have partnered with NZ Rural Games Trust and we were keen to support and encourage our students to gain experience working with Physical Education alumnus Steve Hollander and the rural community to promote physical activity for all ages, and abilities,” says Margie.

“Lucy has been enjoying the opportunities and gaining unique insight into organising such a huge event. The skills she has been able to develop alongside her supportive mentors will be a bonus upon entering the job market.”

The Trust’s beginnings trace back to the final week of the 2011 Rugby World Cup, when Steve organised a range of rural sports activities at Queens Wharf in Auckland, including sheep dog trials, shearing and wood chopping.

He then took the idea of forming a rural games organisation to Sport New Zealand, who encouraged him to get all the different rural sports to work together, and from this the non-profit NZ Rural Games Trust was established in 2014. Since then, the Games have been held in Queenstown and Palmerston North, and next year will be held March, again in Palmerston North.