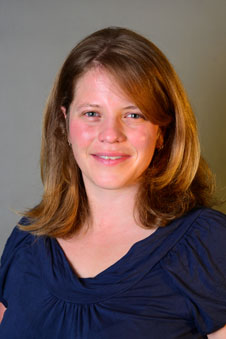 Rugby players with weaker necks or uneven neck strength appear more vulnerable to severe impacts that may cause concussion.

These are the preliminary findings from South Island Brain Injury Research Group (SIBIRG) research led by the University of Otago’s Dr Hamish Osborne and Research Fellow Dr Danielle Salmon, of the School of Physical Education and Exercise Sciences.

Dr Salmon says the total number of impacts to the head sustained by players of the Otago Mitre 10 team last year may be related to a large difference in strength between the left and right sides of the neck.

“Those players who had larger differences sustained more impacts and impacts of greater severity.”

The impact data revealed that props sustained the most frequent and strongest head accelerations forces as a result of impacts during the games. Wingers had the fewest hits but those they did receive had often also been very powerful.

The study of head-acceleration forces and its relations to neck strength to inform concussion prevention research was based on five home games.

Players wore Bluetooth sensors about the size of a $2 coin behind their right ears to record the acceleration forces sustained during impacts.

The latest analysis, which is on-going, involves matching head-impact data with videos of the games.

“While these impacts seem large, similar forces, of up to 200g, can be obtained by just tapping the sensor on the table.

“However, one of the key things is to understand the length of time the impact was for, with respect to the acceleration forces experienced, as this will influence the effects on the brain.”

Based on the data collected, the Otago players, on average, sustained 48 impacts per game, well down on the 95 reported for club players, Dr Salmon says.

“When we break down the game to specific events, we observed that the average head-acceleration force for a carry was 45g. For a tackle it was 42g and for a ruck, 31g.”

Not every impact could be correlated with a specific event.

“That would help explain why the number of impacts we observed is substantially higher than the number of contact events for a player during the game.

“Video shows many of these impacts are sustained when players make contact with others while running or kicking the ball, which would be interpreted as relatively harmless.

“We also observed that during tackles, rucks and mauls, players can receive multiple impacts that cause the head to accelerate at a speed over the 10g threshold, which may help further explain this discrepancy,” she says.

Players wore a CSx Head Positioning System for the study. This small accelerometer behind the player’s ear measures linear and rotational acceleration forces experienced by the head during impacts.

The aim of the study, the first of its kind at semi or professional player level in New Zealand, is to improve knowledge of concussion in sport, a growing medical concern for all involved in contact sports.

“What we are hoping to do next is to look at the large impacts that were sustained in the games and using the video footage we would like describe what is happening in these events.

“Were these sustained during the tackle? Is the acceleration profile of the head a result of the head making contact with another player’s knee, shoulder or hip? These are questions we don’t fully have the answer for but hope to soon.”