Great to be on great wall, alumnus says 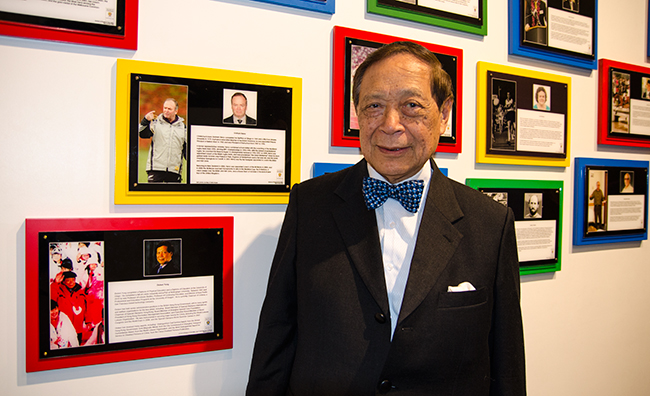 Alumnus Dicken Yung was “humbled” to take his place on the School of Physical Education, Sport and Exercise Sciences’ “great wall” last Friday.

In his acceptance speech Dr Yung described the opportunity to become reacquainted with the 35 or so former classmates at the reunion as an “overwhelming experience”.

He said the “guidance, help and inspiration” from Otago faculty staff – such as Professor Phillip Ashton Smithells – was responsible for instilling in him a career-long desire to embrace challenges and contribute to society when possible.

Dr Yung completed a Diploma of Physical Education (1969) and a Diploma of Education (1970) at Otago, and has since held many senior administrative positions in the British Hong Kong Government, and in many sports and welfare organisations for the less-abled.

His portrait and biographical details will be displayed alongside those of other notable alumni, including Sir Graham Henry, Anton Oliver, Lorraine Moller and Farah Palmer.

ABOUT Dr Yung: After his Otago studies, Dr Yung completed an MA at Leeds University and a PhD at Nottingham University. Between 1991 and 2010 he was Professor of Leisure Studies, Professor of Continuing Education, and Director of Asia Pacific Professional and Education Programs at the University of Oregon.

He was instrumental in securing major events for China, including the World Leisure Congress and the World Expo in 2006, and the Special Olympics World Summer Games in 2007. He is currently chairman of San Francisco-based technology company Unilava.

(Below) Dr Yung and Sir Graham Henry with their wall of fame plaques (image courtesy of Seen in Dunedin). 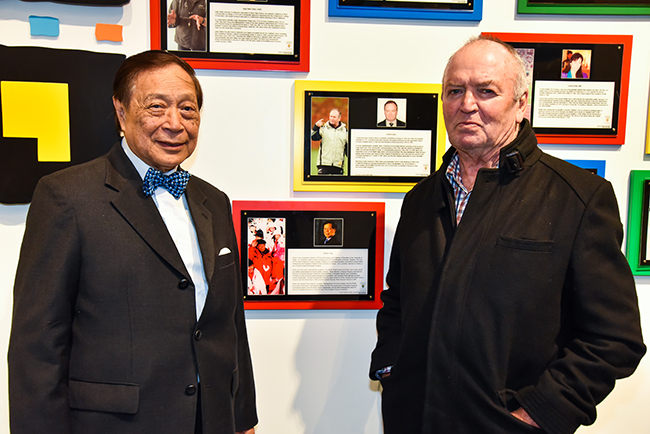