Success for Otago rowers in China 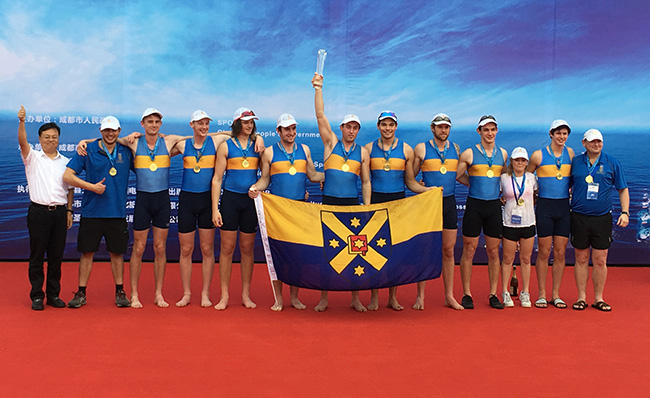 The University of Otago’s Senior Women’s and Senior Men’s Eights rowing teams have won big in China in the 2017 International Universities Rowing Regatta. 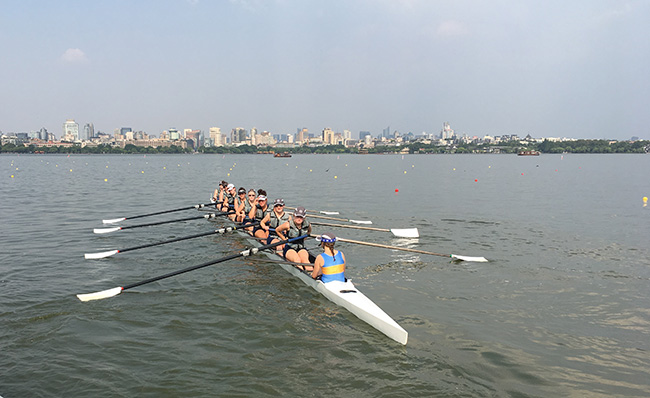 The Otago University Women's Eight team before their race in Chengdu.

Coach Holly Fletcher rowed in regattas in China in 2013 and 2014, and says she "absolutely loved the experience of returning in a team management role.

“It was really interesting to engage with coaches from different countries and see how rowing is managed in their programmes. I also learnt a lot about my own coaching style, and ways to develop athletes who have different rowing goals.”

It was the fifth year in a row that the Otago Women’s team have gone unbeaten in both domestic and international races.

The Otago Men’s Eight rowing team finished first in the 800m event, winning the International Universities Rowing Regatta in Xinjin. They beat the University of London who got second place, and the University of Melbourne in third place. 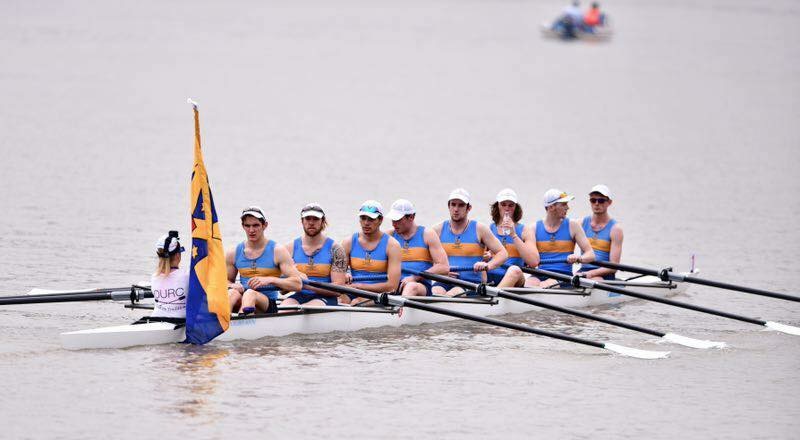 The Men's Eights team on the water in Xinjin.

Team coach Scott Gullery said this was his third year in a row coaching an Otago University Rowing club crew to China.

“One of the personal highlights for me was taking this year’s men’s crew to a small, back alley restaurant that Glen Sinclair (manager of the Otago University Rowing Club) and I discovered in 2015 and took that year’s OURC Senior Men’s crew to," Mr Gullery says. "None of the staff there speak English but it seems we made quite an impression last time, as the owner burst into a big smile when we walked in this year and mimed slapping her hands on her legs - seems she remembers the Haka the 2015 crew performed for her business as a thank you after they were such amazing hosts. Much to the delight of the locals who were in the restaurant, the 2017 men’s crew repeated this performance and friendships were made.” 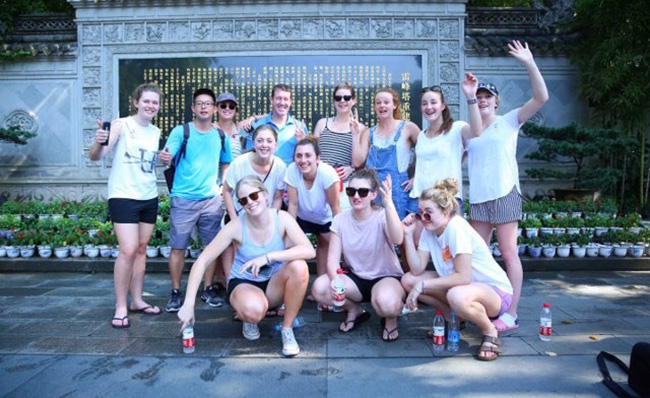 The Women's team enjoying some sightseeing in Chengdu with the Manager of the Otago University Rowing Club Glen Sinclair.

The rowers were competing in China’s sweltering 41 degree celsius heat, and credit their win in part to the training in the University of Otago environmental heat chamber, under the direction of the School of Physical Education's Associate Professor Jim Cotter.

Associate Professor Cotter explained that every year, the rowers acclimate using the heat chamber before going to the regatta. The chamber can be controlled between -10 and +60 degrees, with control over humidity up to 100 per cent rh between 5 and 30 degrees celsius.

A participant in the heat chamber facilities at the School of Physical Education. The study was part of a Master's degree for then-student Evelyn Parr. Photo: Chris Sullivan.

“We acclimate the rowers using an artificial environment here in Dunedin, which is best because firstly, we can control the conditions more precisely, and secondly, it’s a lot cheaper than travelling to China a week in advance. The key is to exercise in sufficiently warm conditions for sufficient time to drive the physiological and psychophysical benefits we’re after.”

The rowers spend 50 to 70 minutes per day exercising in the heat chamber for the five to seven days before their departure, in 40 degree temperatures.

Associate Professor Cotter noted that as well as being beneficial for the rowers, the training provides useful pilot trailing for PhD project on acclimation methodology and human thermoregulatory control, and is an excellent learning opportunity for senior undergraduate students in Advanced Exercise Physiology.

Chengdu University also held an educational conference in conjunction with the International Universities Rowing Regatta, and Otago University School of Physical Education Associate Professor Jim Cotter and teacher and Otago Physical Education school graduate Christie Sinclair were invited to speak. They presented on the subject of "The correlation of participation in rowing and the academic achievement and social wellbeing in high school students."

The International University Rowing Regatta has been held in Xinjin, near Chengdu City in China since 2010, with more than 100 university rowing teams from 15 countries and regions competing. Regatta organisers say the even is aimed at encouraging cross-cultural communication between international institutions and providing a "window to the world" for Chengdu and China.

Check out some of the video footage from all the races on the Otago University Rowing Club's Facebook page.