The annual Royal Society Te Apārangi awards, which have this year been held in Dunedin, celebrate the achievements of New Zealand researchers by awarding a number of medals and awards.

Deputy Vice-Chancellor of Research and Enterprise Richard Blaikie says it gives him great pleasure that the qualities of leading Otago researchers have been recognised alongside the other outstanding recipients. 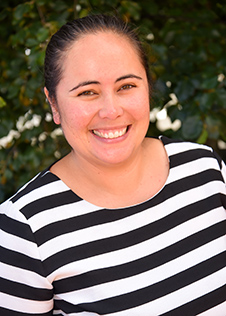 In 2019, Dr Jackson led a team of researchers and communities to create a free Māori water safety programme to strengthen whānau connection to the water.

Although water is the giver of life for Māori, it is also the source of tragedy, and Māori consistently represent 20 to 25 per cent of New Zealand’s drownings despite forming 15 per cent of the population.

“What I hope to achieve in our research is simple – and that is mauri ora (flourishing wellness),” she says.

She dedicated her award to her mother, who had “always promoted excellence in education”.

“Being a Māori academic who engages in this style of research has certain challenges,” she says.

“Winning this award is recognition for our communities, colleagues, mentors, and our research kaupapa of Te Koronga and Te Tiaki Mahinga Kai in our expression of Māori research excellence.” 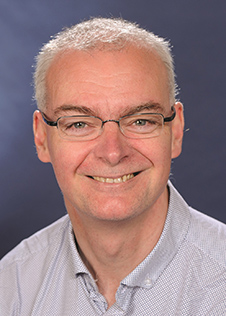 Fellow University of Otago scientist Professor of Chemistry Keith Gordon has been awarded the MacDiarmid Medal for his innovative use of light to understand molecular structure across a range of areas that impinge on technology, health and the environment.

Professor Gordon uses the interactions between light and matter – known as spectroscopy – to probe the molecular structure in a wide range of materials from solar cells, fish oils to plastics in the environment.

In solar cell research, he and his team have improved solar cell performance to make the cells better at absorbing light and conducting charges created by light absorption.

Professor Gordon says he is very pleased to receive the award and thanked his family for their support.

“Science is a team effort and in addition to the students and postdocs I have worked with over the years, I would like to acknowledge the scholarly community that I enjoy working in at the University of Otago Chemistry Department, and my collaborators and colleagues in the Dodd-Walls Centre, the MacDiarmid Institute and the Riddet Institute.”

Professor Gordon has more than 300 peer-reviewed publications, many of which are regarded as seminal.

In 2010 he was awarded the Maurice Wilkens Prize for excellence in Chemical Sciences by the New Zealand Institute of Chemistry.

The MacDiarmid Medal is for outstanding scientific research that demonstrates the potential for application for human benefit.

These awards were presented at the 2019 Research Honours Aotearoa gala event held on the night of Thursday 17 October 2019 at the Dunedin Town Hall.

Please note Professor Gordon is currently overseas but is available by email.