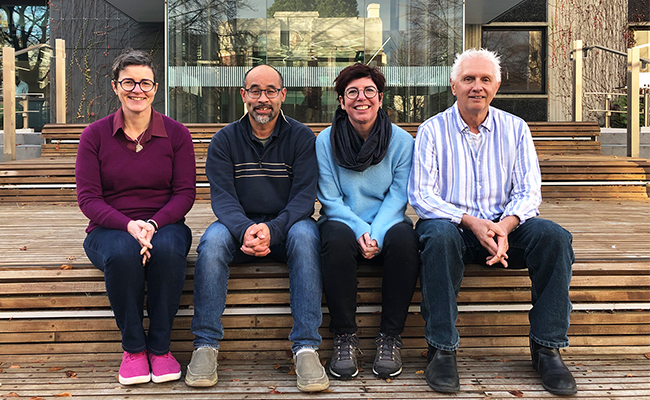 Investigating the connections between sport and wider society has helped the University of Otago maintain its success in the sports-related category of the 2021 QS World Rankings.

“Sport has often been challenged and trivialised as entertainment, but it is being increasingly recognised as a strategic lens through which to see wide ranging issues, problems and challenges within global society. As a simple example, few people realise that the sport sector is almost equivalent to the dairy industry with respect to its overall contribution to the New Zealand economy.”

Research and teaching led by the School of Physical Education, Sport and Exercise Sciences (SPESES) was ranked 14th in the world in its category making it the only New Zealand University placed in the top 25.

Professor Steve Jackson, Associate Dean of Research at the SPESES, says the ranking was timely as some of the top universities in the world including Oxford, Cambridge, Harvard and Stanford were all “discovering” the importance of sport as an important cultural, economic and political sector.

“Sport has often been challenged and trivialised as entertainment, but it is being increasingly recognised as a strategic lens through which to see wide ranging issues, problems and challenges within global society,” Professor Jackson says.

“As a simple example, few people realise that the sport sector is almost equivalent to the dairy industry with respect to its overall contribution to the New Zealand economy.”

Professor Jackson has been busy contributing to the international conversation on private equity investment in sport including the Silver Lake deal for New Zealand Rugby, a topic that dives deep to the heart of the Kiwi identity.

Concurrently, Associate Professor Sally Shaw is planning to conduct research with female members of the lesbian, gay, bisexual, questioning and wider communities in rugby and says women’s rugby has, anecdotally, been seen as a more inclusive space for some members of these communities than some other sports.

Associate Professor Shaw’s research, which is supported by NZ Rugby, will focus on examining this topic and she hopes her work will lead, in the long run, to rugby and other sports becoming more inclusive for lesbian, gay, bisexual, questioning and wider communities.

This growing global awareness of the economic, political and cultural implications of sport is helping reinforce the research and teaching of the SPESES, whose work covers material from the cellular level right through to state national policy.

Addressing the contemporary issue of obesity in society, for example, is one that connects sport, exercise and health.

“To address this crisis requires consideration of a range of factors such as exercise, nutrition and genetics, but understanding the role of advertising and Government regulation is also essential to achieve a positive impact for this issue,” Professor Jackson explains.

Sport remains a key focus of the School’s curriculum, including in the relatively new paper (SPEX 101: Sport, Science and Society), which focuses on sport’s intersection with science and society.

“As sports scientists, we’re very excited to be helping players across the world. Research of the highest quality and robust scientific analysis is vital to properly understanding head impacts and injuries, and for finding ways of advancing welfare and safety.”

There are more than 350 students enrolled in SPEX 101 which explores the reciprocal influences between sport, science and society, and covers a range of diverse topics ranging from cultural identity, health and welfare, to business and the environment.

Professor Jackson and Associate Professor Mike Sam are also Co-Directors of the New Zealand Centre for Sport Policy and Politics, which through public dialogue, ensures New Zealanders remain involved in developing workable solutions to the issues facing the sport sector.

“The fact that organisations are just as likely to clash as cooperate, inevitably means there are winners and losers with respect to how sport is produced and consumed,” Associate Professor Sam says.

In a recently announced ground-breaking study Associate Professor Melanie Bussey has secured $425,000 from World Rugby to undertake the data analysis on head impacts in men’s and women’s community and age-grade rugby.

The study’s approximately 700 participants will wear Prevent Biometrics’ impact monitoring mouthguards and, together with time-coded video analysis, this information will provide the largest bank of comparable data ever undertaken in any sport worldwide.

“Research of the highest quality and robust scientific analysis is vital to properly understanding head impacts and injuries, and for finding ways of advancing welfare and safety.”

The far-reaching connection between sport and wider society has always been central to sports scientists at the SPESES who have played a pivotal role in maintaining success in the 2021 QS World Rankings.

The three Women’s World Cup events in cricket, rugby and soccer will provide another valuable lens to research the impact of sport mega-events on factors such as the economy, participation rates, gender equality and the increasing influence of the alcohol industry.

During the COVID-19 pandemic, the New Zealand Government has invested an extra $264 million into sport, signalling both its commitment to the sector, and its significance to the national wellbeing framework.

From billion-dollar mega-events, community sports and the everyday health and wellbeing of citizens, sport has a close relationship with our daily lives, and sustained excellence in sport-related research and teaching will continue to support Otago’s strong international profile.