Remembering (and forgetting) the 1981 Springbok tour

The narrative of the 1981 Springbok tour continues to reflect New Zealand's anti-apartheid views, but in fact protestors treated it more as a critique of New Zealand Society, research shows. 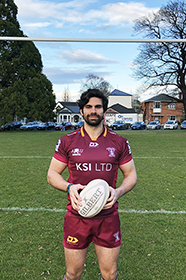 This weekend’s 40th anniversary of the historic Springbok Eden Park rugby match, also marks the completion of five years of research by Dr Sebastian JS Potgieter, a teaching fellow at the School of Physical Education, Sport and Exercise Sciences, on the enduring narrative of the nation-defining tour.

Dr Potgieter, who was raised in South Africa, says the 1981 Springbok tour is primarily viewed as an anti-apartheid struggle which serves to construct New Zealand society in a favourable way.

“Apartheid was a major factor in catalysing the protests, but protestors treated it more as a critique of New Zealand society in a broader sense,” Dr Potgieter says.

“Continuing to view 1981 as primarily an anti-apartheid struggle serves to forget some of the unpalatable realities that accompanied the tour.”

It was a box of documents about the 1981 tour, stored in a farm shed in South Africa, that was the starting point of five years of postgraduate research for Dr Potgieter.

“It was only when I started going through all the documents and correspondence that it became apparent what a huge event it was on so many levels, and that in South Africa we weren’t fully aware of what the tour had meant for New Zealand,” Dr Potgieter explains.

“What fascinated me were the ‘aspects’ of the 1981 tour which were consistently and selectively remembered, and in particular the predominant anti-racist and anti-apartheid aspects that still remain the main narrative by which the tour is remembered.”

Dr Potgieter says this narrative is a very selective understanding of the tour and conflicts with the accounts of those who had participated in the anti-tour campaigns in 1981, and their recollections of what they were battling against at the time.

“Apartheid was a major factor in catalysing the protests, but protestors treated it more as a critique of New Zealand society such as a conservative government which deported Pacific Island ‘overstayers’, annexed Māori lands, but at the same time encouraged the immigration of white South Africans. Many Māori also linked institutionalised racism to the experiences of black South Africans.”

In addition, rugby culture as the national sport was also seen as promoting toxic patriarchal masculinity, restrictive gender roles, excessive consumption of alcohol, and a culture of violence.

These wider issues are no longer ‘remembered’ in the retelling of the 1981 tour Dr Potgieter explains, however collectively make the 1981 tour a kaleidoscope of shifting and contested narratives which impose particular meanings.

“Rather than accepting historical accounts at face value, it is important to ask why some narratives rather than others endure and come to represent what we ‘know’ about the past and the evolution of our society.”

Dr Potgieter’s work discussing the legacy of the tour for South African rugby has been published in the Australian journal Sporting Traditions, and his doctorate research will be published in the North American Journal of Sport History later this year, as well as in a co-authored book chapter in Sport in Aotearoa/New Zealand: Contested Terrain in December.

Dr Potgieter says applying a cultural history approach to the 1981 Springbok tour provides a rich understanding of how particular types of ideological and cultural politics shape how we interpret and reinterpret past events.

“The political, social, and cultural implications of the tour were huge, and the changing narrative of the event in the 40 years since is a powerful example of a national sport like rugby being a mechanism through which we are able to view the intricate workings of society.”