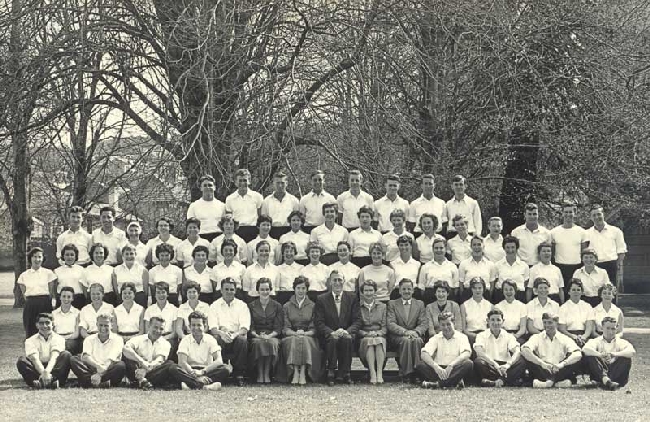 From left to right:

Photo taken by Alan Stuart Photographer, 36 Moray Place, Dunedin
Courtesy of Annette Golding, lecturer in dance at the School from February 1953 to October 1965.

For corrections and amendments email: beverley.lawrence@otago.ac.nz