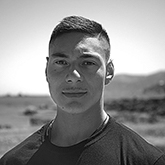 Dedicated and passionate, Troy Ruhe’s focus is on encouraging communities to lead healthier lifestyles. A true leader, Troy was Student President of Arana College in 2013, Cultural and Education Officer of PEMA in 2015, and is Co-Tumuaki of PEMA in 2016. Since he was young, Troy’s driving force has been to give back to the community. In

2014-16, he was a PASS facilitator and mentor, and a tutor for Arana College and the Māori Centre. In 2015, Troy hosted the “Passing on the Knowledge” evening which is an event held to assist younger students with their future choices.

In 2016, Troy will undertake a BPhEd(Hons), the focus of which will be to research Māori and Pacific negative health statistics, to explore culturally sensitive practices in Pacific communities, and to research pacific methodologies and models of health.

Troy’s academic achievements and community involvement have made him someone who truly encompasses the philosophy of the Philip Ashton Smithells Memorial Scholarship. 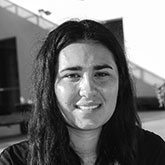 In 2013, Ngahuia Mita was the Tumuaki Tuarua (Vice-President) of PEMA (Physical Education Māori Association).  In 2014, she will be taking on the role of Co-Tumuaki (Co-President), jointly with Tukohirangi Pini. As Co-Tumuaki of PEMA, Ngahuia intends to actively encourage and promote Māori academic excellence. Her main interests include involvement in both kapa haka through Te Roopū Māori, and in Waka Ama in the community. She has represented Waka Ama at both National and International levels.

In 2014, Ngahuia is entering the fourth and final year of her BPhEd degree as a strong academic student. She will be undertaking Honours research, and intends to use her experience and research to contribute to the growing discipline on Māori Physical Education and Health.

Ngahuia also uses her academic skills to give back to the community by contributing as a marker for Te Tumu, the School of Māori, Pacific and Indigenous Studies, by supporting her peers through being involved in PHSE104, and by being a mentor at the University of Otago, Māori Centre.

Ngahuia's community outreach and her belief that a combination of Kaupapa Māori and physical activity contributes positively to Physical Education in New Zealand, is a perfect example of the Philip Ashton Smithells Scholarship philosophy. 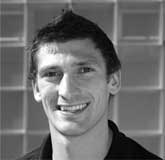 From an early age water has dominated Tim Chamber’s life. Hailing from Rongotai College, this third year student has an impressive resume in his chosen sport of waterpolo and has big plans for its future.

Tim has represented New Zealand at every level and has coached, administered, played and refereed in the sport. He credits family influences for his love of waterpolo. Tim’s family have even gone so far as to save, restore and manage a local pool in their Wellington community so that others can learn to swim and enjoy aquatic sports.

Academically Tim is a strong scholar who has helped tutor his peers through the challenging HUBs papers. He hopes to gain entry to honours research in 2013 where he will explore the pressures on athletes to play on, or return early when injured. After that he hopes to teach and coach to carry the message of physical education to New Zealanders. The Smithells philosophy is carried forward. 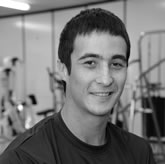 A gifted sportsperson and student, Bruno Watkins is in the final year of a Physical Education honours degree. His research is exploring the construction and expression of Mäori identity through aspects of Marae Touch.

At Whangarei Boys High School, Bruno was a prefect, a prominent sportsman and school leader. Amongst his many representative honours, his proudest achievement has been selection to the New Zealand under 17’s rugby squad. Today, he participates in anything that involves a ball, movement, vigorous physical activity or competition.

As well as aspiring to become a physical education teacher , Bruno intends to actively promote the ‘pleasure’ aspects of physical activity and human movement back in his Northland home community. He has recognised that the widespread health messages surrounding contemporary physical activity may not work for his community, and sees himself as a potential role model when he returns home to contribute to the far North.

With his commitment to sharing his physical activity passion and his critical appraisal of physical education, Bruno Watkins is a fitting scholarship recipient who exudes the Philip Smithells ethos and visions for Physical Education. 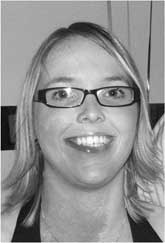 Abbie Claire Law is the inaugural recipient of the Philip Ashton Smithells Memorial Scholarship, named to honour the founding Director and first Professor of the School of Physical Education. Abbie is in the final year of her Bachelor of Physical Education degree, and will also complete her Diploma in Teaching (Secondary) at the end of this year.
At secondary school, Abbie was Head Girl, school council member, peer mentor and peer leader at Cashmere High School, and took part in cultural exchange programmes in both Chile and Mexico.

Abbie has been a keen participant in sport and physical activity, her involvement in dance being especially noteworthy. However, she is also involved in netball, touch rugby, running and lawn bowls, is a KiwiSport leader, and holds surf survival and first aid qualifications. She is also a University of Otago tour guide.

A talented student, Abbie has obtained first class marks throughout her academic career, and is committed to a career in physical education befitting the winner of this scholarship named after one of the foremost figures in New Zealand physical education.