Human expansion across Near Oceania

After five decades of Pacific research, archaeologists have developed a basic outline of the timing and pattern of Austronesian expansion into the Pacific. SPAR’s Melanesian research programme now aims to develop more detailed models for local processes of cultural adaptation and change through excavation based research in the Solomon Islands and New Guinea.

There are two major research themes. The first concentrates on the long-discussed issue of interactions between culturally diverse communities during the first expansion phase. Here we are concentrating on Karkar Island off the northeast coast of Madang Province, New Guinea, where we are examining the interaction between new Austronesian speaking arrivals, and existing Papuan language groups. The second is about long-term processes of settling into new ecosystems, and establishing viable communities.

This work is centred on both Karkar Island, and Isabel and Choiseul Provinces in Solomon Islands. Current work there is focusing on the excavation of late Lapita sites in the Arnavon Islands and northwest Isabel. 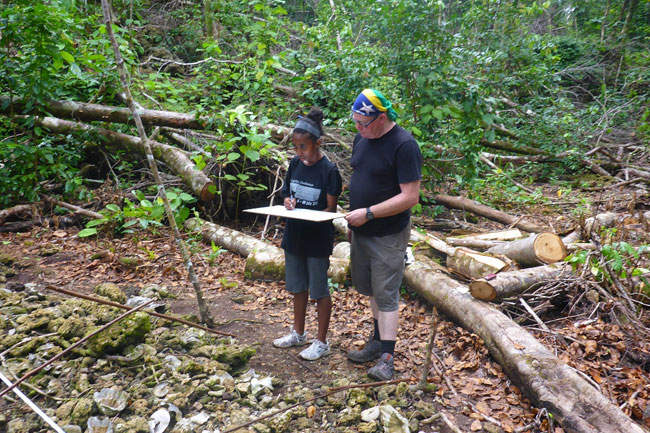