Can the UK health system learn from NZ? 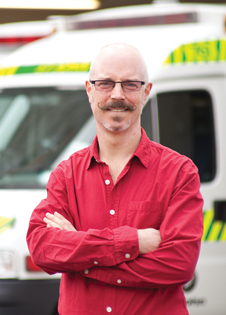 Otago Professor of Health Policy Robin Gauld has had an opinion piece published in E-Magazine The Conversation.

His piece NHS: lessons from New Zealand on how to integrate care has been viewed more than 1000 times in its first 24 hours online.

In it, Professor Gauld explores New Zealand’s alliance governance model of “integrated” healthcare and whether a similar model would work in the UK.

The article is a reaction to UK Health Secretary Jeremy Hunt, who has said he wants to develop “integrated care organisations” in the English NHS, with NHS hospital trusts taking a lead role in forming them.

Professor Gauld says that like England, New Zealand has been striving in earnest for integration since at least the late-1990s, and has “finally produced a governance arrangement worth a look”.

Professor Gauld is spending four months in the UK as a NZ-UK Link Foundation Visiting Professor, hosted by the School of Advanced Study, University of London. He has received funding from the Health Research Council of New Zealand to undertake an evaluation of a pilot alliance, and will return to New Zealand in December.

The Conversation is an independent source of news and views, sourced from the academic and research community and delivered direct to the public.