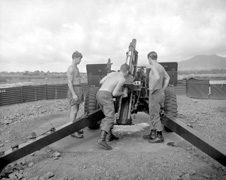 Otago research into the health of Kiwi Vietnam War veterans is sparking hope it will help them get better treatment.

Royal New Zealand Returned and Services’ Association National President Barry Clark says the organisation appreciates the work that has been done and “hopes this will result in improved and equitable treatment of our veterans”.

The association is also looking forward to any future research focusing on post-Vietnam veterans, who have serious health issues linked to their service as well.

The Otago researchers have suggested routine surveillance of veterans involve ‘flagging’ them in databases at a national and family doctor level, to highlight their service-related conditions so they can get appropriate healthcare.

Researchers traced and studied the health records of 2783 of the 3394 New Zealanders who served in Vietnam between 1962 and 1971, then compared them to the general population.

Led by Associate Professor David McBride - director of Otago's ‘Health of Veterans, Serving Personnel and their Families’ research theme – the academics discovered an 18 per cent increase in hospitalisations for the veterans between 1988 and 2009.

"Now that we know that Vietnam veterans are at greater risk of such conditions, we can put this knowledge to good use."

In the latest study, there were 300 cases of COPD among veterans compared to the 178 expected in the general population, and 461 cases of chronic renal failure compared to 380 in their non-serving peers.

Associate Professor McBride says while chronic renal failure has only limited attribution to veterans’ service, that condition and COPD can have high costs, both to the individual, and the health system.

“Now that we know that Vietnam veterans are at greater risk of such conditions, we can put this knowledge to good use. For example, early detection and treatment of chronic renal failure may prevent veterans suffering end-stage kidney disease."

The study was funded by New Zealand Veterans Affairs through a grant from the War Pensions Medical Research Trust Fund, with financial support from the Royal New Zealand Returned and Services’ Association and the encouragement of the Ex-Vietnam Services Association.