Study on tensions between street-based sex workers and their communities 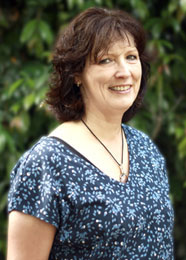 Better understanding tensions between street-based sex workers and communities is part of a new study by a University of Otago, Christchurch, researcher into the impact of decriminalisation.

The two-year study will include street-based sex workers in Auckland, Wellington and Christchurch and is funded by the Lotteries Commission.

Abel is a world-recognised researcher of vulnerable population such as sex workers, and her work has been influential in informing policy both in New Zealand and internationally. She is head of the Christchurch campus’ Department of Population Health.

Abel says tensions between Christchurch inner-city residents and sex workers have been well-publicised. There have been attempts by some councils in the past to address the perceived public nuisance effects of street-based sex workers to residents and shop owners while they wait for clients. These include calls to ban sex workers into less-populated areas but one impact of this could be to increase the vulnerability of street-based sex workers and the outreach workers who go to these areas to carry out their work.

Abel says the issue of violence against sex workers needs to be better explored.

“There has been debate about whether violence has reduced since decriminalisation especially in the light of four well-publicised murders of street-based sex workers in Christchurch since the law change. Research is needed to explore what sorts of violent incidents are reported or not reported to Police and if reporting of violent incidents is related to trust in Police.”

Abel says research carried out before decriminalisation found 57 per cent of street-based workers surveyed said they started working before age 18. Just under 10 per cent of this group reported being forced to work, compared to 2 per cent of those over 18 years. Many young workers pay minders, boyfriends or pimps a portion of their money. The Lottery Commission-funded research will look at the relationship between sex workers and their minders, and whether coercion to work happens.