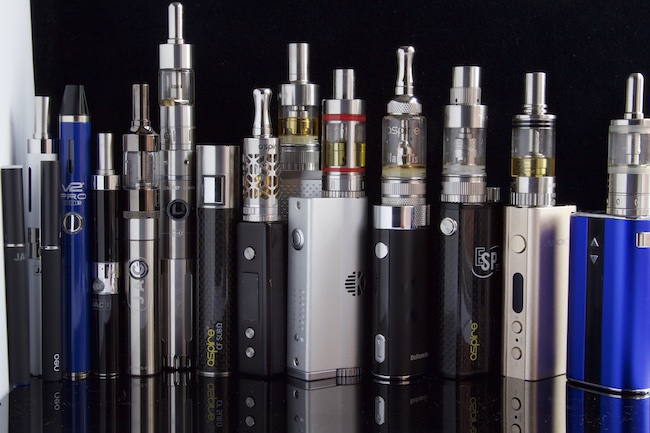 New Zealand’s approach of allowing wide access to e-cigarettes is likely to be bringing overall health gains and cost savings for the health system, researchers from the University of Otago, Wellington have found.

The research modelled the impact of liberalising the sales of vaporised nicotine products, such as e-cigarettes, compared to a situation where the uptake of these products was very low – as in New Zealand in 2011.

The study, published in the international journal Epidemiology, found that liberalising vaping products would lead to a gain of 236,000 quality-adjusted life-years for the general population and savings of NZ$3.4 billion over the remaining lifetime of these people.

“This is a sizeable gain in health for the New Zealand population and also an important benefit in terms of lower health costs,” lead author Dr Frederieke Petrović-van der Deen from the University of Otago, Wellington, says.

“These health gains are broadly similar in size to two other preventive interventions: 10 per cent per year increases in tobacco tax for 15 years and a national colorectal cancer screening programme. However, we must also emphasise that there is considerable scientific uncertainty in the precise size of the health gains – particularly for young people and older people.”

E-cigarettes deliver nicotine to the brain from a vaporised solution and are less harmful to health than smoking because users are exposed to fewer toxins. However, they are likely to still be more harmful than a person being both smokefree and vapefree.

But the researchers say that sales of vaping products should ideally be combined with expert advice on how to use them so that a smoker’s first attempts with vaping are successful. This means advice on the best type of device to use and the appropriate concentration of nicotine.

“These devices should ideally be sold where expert advice is available, such as specialist vape shops or from pharmacies – which can also give support on quitting smoking,” Professor Wilson says.

“With more than 900 pharmacies around New Zealand and a growing number of specialist vape shops – this may be enough to ensure reasonable access to settings which could provide quality advice. Having such licensed outlets would also help prevent underage sales of vaping products to youth,” he says.

“At the same time it would be helpful if there was also a sinking lid on the number of outlets that sold tobacco – just like in some areas of New Zealand there is a sinking lid on poker machines as a way of reducing harm from problem gambling.

“Other regulations to minimise the risks of youth uptake of vaping include bans on online marketing aimed at youth, and possible restrictions on flavours that might be particularly attractive to youth, for example the use of names like ‘unicorn milk’. This is an approach that is being adopted in the United States.”

The regulation of vaping products varies widely around the globe, with the UK and the US having relatively liberal regimes, while Australia, Thailand and Singapore have various types of bans.

The New Zealand government announced last November that it would amend legislation this year to ban vaping in places that are currently smokefree and to restrict the display of vaping products in retail stores. Vaping is also included in the government’s recently announced plan to ban smoking in cars where there are children present.

The full title of the article newly published in the journal Epidemiology is:

The abstract for the article.

To receive a copy of the full journal article, please email nick.wilson@otago.ac.nz