More than 250 people died between 2009 and 2012 from potentially survivable trauma injuries before they reached a hospital because their injury happened in a location without timely access to advanced level hospital care.

The new collaborative research from the Universities of Otago and Auckland show about 15 per cent (257) of the recorded 1,752 prehospital trauma fatalities over this four-year period had injuries that may have been survivable had they had more timely access – within an hour – to appropriate hospital care. 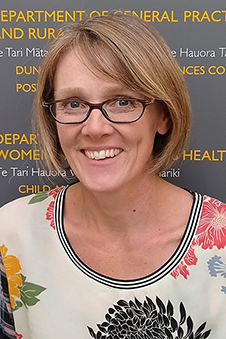 Researcher Associate Professor Gabrielle Davie, of the University of Otago’s Injury Prevention Research Unit, Department of Preventive and Social Medicine, says injury is a major cause of premature death in New Zealand.

“For those critically injured, the provision of timely and appropriate care increases patients’ chances of survival. Around 80 per cent of injury deaths for those under 85 years old in New Zealand occur prior to arrival at hospital.”

“Part of our rationale for undertaking this research was that minimal attention had been given to assessing how well emergency ambulance services in New Zealand meet the geographical access needs of critically injured patients.”

The sparsity of the population for a sizeable proportion of New Zealand was evident in the results and geographic “hotspots” identified. Research in this area was sparked by an earlier study undertaken by former Dunedin Hospital registrar James Falconer that estimated 45 per cent of prehospital trauma deaths in Otago and Southland were survivable or potentially survivable.

Deaths occurring among those aged over 85 were excluded from the analysis due to the complexities of care in older people and deaths from the Pike River Mine explosion and Christchurch earthquake were also excluded due to their unique characteristics.

Of all prehospital fatalities included in this study, those aged between 20 and 59 accounted for 67 per cent, and males 76 per cent.

Of the 257 potentially survivable prehospital trauma fatalities nationwide, more than half (132) were the result of a motor vehicle traffic crash, a quarter were from firearm injuries and 10 per cent from falls.

The research team recommends decisions regarding trauma service delivery be based on the geographic distribution of injury event locations as well as the resident population distribution.

“In high income countries like New Zealand, better alignment of emergency care or trauma systems with the geographic distribution of injury incident locations has the potential to reduce the rate of prehospital trauma fatalities while also improving outcomes for those with survivable injuries.

“Decisions regarding trauma service delivery should consider the distribution of locations of traumatic injuries, as well as the population as a whole.”

"Access to specialist hospital care and injury survivability: identifying opportunities though an observational study of prehospital trauma fatalities" was published in the international journal Injury.