Investigating the impact of diabetes on access to cancer services, improving the health of Māori affected by psychosis, and a new stomach cancer drug delivery system are just some of the areas of University of Otago research to receive new Health Research Council funding. 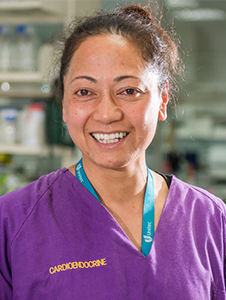 In total, 13 projects have been given Project Grant funding totalling more than $13 million, while Dr Allamanda Faatoese is one of just five researchers to receive a $1.1 million Pacific Project Grant.

Among those to secure Project Grant funding is Dr Jason Gurney (Ngāpuhi), from the Department of Public Health, which is based at the University of Otago’s Wellington campus.

He has secured just under $800,000 across two years for his study that will investigate the relationship between growing diabetes cases and the co-occurrence of cancer. The research is being conducted between Cancer and Chronic Conditions (C3) Research Group and Waikato University’s Professor Ross Lawrenson.

The research comes on the backdrop of some sobering diabetes statistics, that show cases are increasing by 7 per cent each year – and are three times higher among Māori and Pacific people. At the same time there is a concerning rise in potential cancer cases, with recent projections indicating a doubling of cancer patients over the age of 65 by 2035. 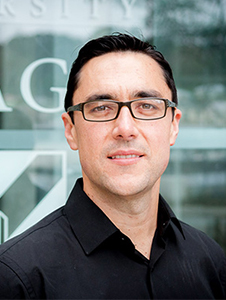 Dr Gurney says the research will help to anticipate future care needs, while also providing evidence to change clinical guidelines and specific interventions into how cases are diagnosed and are treated.

He says it will also help those overrepresented in negative diabetes and cancer statistics.

“The project will provide key new evidence of the current and future trajectory of cancer and diabetes co-occurrence for Māori and Pacific peoples,” Dr Gurney says.

“It will also identify parts of the cancer pathway where Māori and Pacific patients with diabetes may not be accessing best-practice care.”

Meanwhile, Professor Parry Guilford, of the Department of Biochemistry, is looking to develop a system that will enable drugs used for the treatment of stomach cancer, or its precursors, to go through the surface of the stomach.

At present these drugs go through the blood, but can have side effects on areas such as bone marrow, the lower gastrointestinal tract, or the liver. 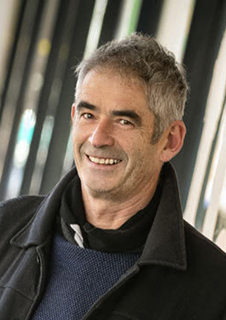 Professor Guilford says the three-year project, which is being done in partnership with upcoming researchers Allan Gamble and Jessica Fairhall, is an important element of wider research surrounding stomach cancer.

“We are developing drugs that will be used to kill early stage cancers in people with an inherited stomach cancer risk. Because this risk is lifelong, it will be necessary to repeat the treatment every few years.

“It is therefore very important that the drugs don’t cause serious side effects. By delivering straight to the stomach, we can get the desired effect without most of the drug side effects.”

Other researchers to secure funding include Dr Cameron Lacey from the University of Otago’s Christchurch campus, and Professor Stephen Robertson. Dr Lacey has been awarded $1.2 million to improve the physical health of Māori living with psychosis, while Professor Robertson has secured $1.2 million to investigate ways of improving genetic diagnosis for tamariki in Aotearoa.

Dr Faatoese, from the University of Otago, Christchurch, will be investigating how peptides near the heart are measured in Pasifika and Pakeha New Zealanders.

“It is pleasing to see continued investment in Otago research and we are grateful to the HRC for its ongoing support.

“It is also fantastic to see our researchers in Christchurch and Wellington rewarded for their work, which illustrates the high level of research quality throughout our Otago campuses.”

Professor David Grattan and Dr Jenny Clarkson, University of Otago
Visualizing and controlling the cause of hot flushes at menopause
36 months, $1,198,704