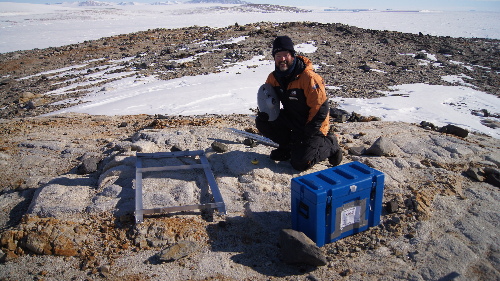 Satellite borne radar and laser altimeters are now beginning to provide estimates of sea ice thickness, but these measurements first need to be calibrated by comparing them to ground-based measurements. A team of six researchers travelled to Antarctica in November of this year to undertake a third round of ground validation measurements.  The first two rounds occurred in 2009 and 2011.  One of the team members was the School of Surveying's Dr. Greg Leonard.

The types of measurements undertaken included establishing the thickness of the sea ice and snow cover.  In addition, a number of GPS stations were established in order to accurately measure the elevation of the sea ice, while another GPS receiver was used to occupy a geodetic mark on Marble Point to provide base station data for a number of helicopter based measurements.

TV3 news footage of this work can be found here.