In the last week of March, students from the School of Surveying and Departments of Geology and Marine Science were given a glimpse of the latest hydrographic surveying gear in action on the university vessel Polaris II.The high-tech equipment included a multibeam echo sounder for accurate seabed depth and intensity measurements, a state-of-the art GNSS aided motion sensor, high-accuracy GNSS positioning and the latest CTD probe and acquisition software. The gear was loaned to the University of Otago by Fugro BTW Ltd., a hydrographic surveying company based in New Plymouth. Fugro BTW surveyor, and School of Surveying alumni Craig Tidey, came onboard the vessel to set up and operate the gear during the week of marine research voyages.

Two major trips were undertaken using this equipment in conjunction with sub-bottom profiling gear owned by the Department of Geology. The first was to the south coast of Otago where lines were run in towards the beach, at locations between Taieri River Mouth and St Kilda Beach, as part of research into offshore fault lines. The second voyage mapped the head of the Waitaki canyon in detail, testing the multibeam operating limits as depths in the area exceeded 500m. Data from these voyages will be analysed at the School of Surveying and Department of Geology over the coming year.

Additionally, many staff and students were able to view the equipment setup while it was onboard the Polaris II.

The University of Otago wishes to acknowledge the very generous support and hard work of Fugro and Craig Tidey.

Here is a photograph of Craig setting up some of the gear on the deck of the Polaris II. 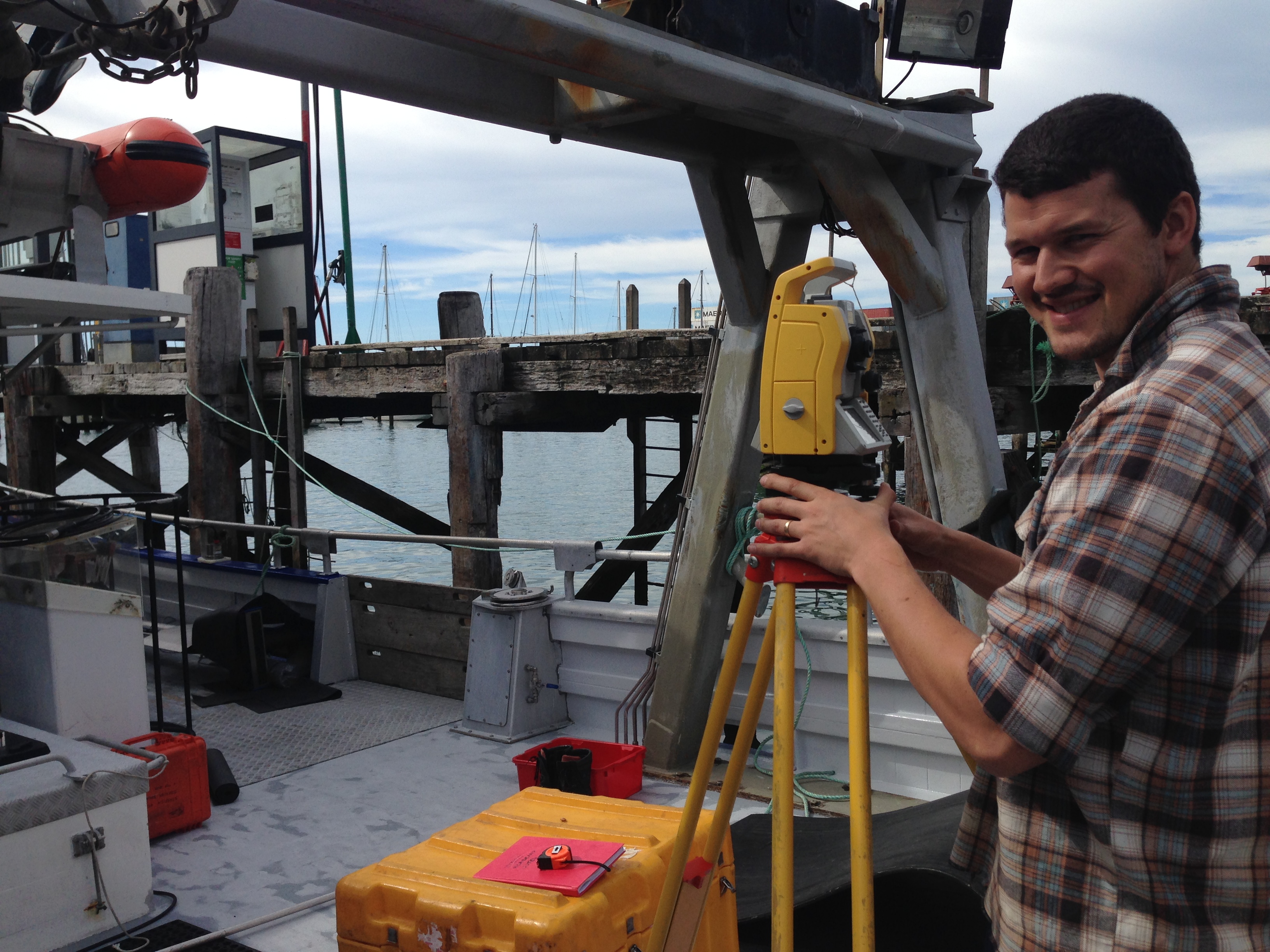 Here is photograph of some of the data collected on the voyage being viewed onboard the Polaris II.