Rewarding first semester at the School of Surveying for Dr. Robert Odolinski

It has been 6 months since Dr. Robert Odolinski arrived as a new Lecturer in preparation for his first semester at Survey School. Since then he has been lecturing SURV302 Geodetic Reference Systems and Network Analysis throughout the first semester.  Robert is also expected to coordinate the SURV399 Third Year Field Course in the second semester in the coming years. 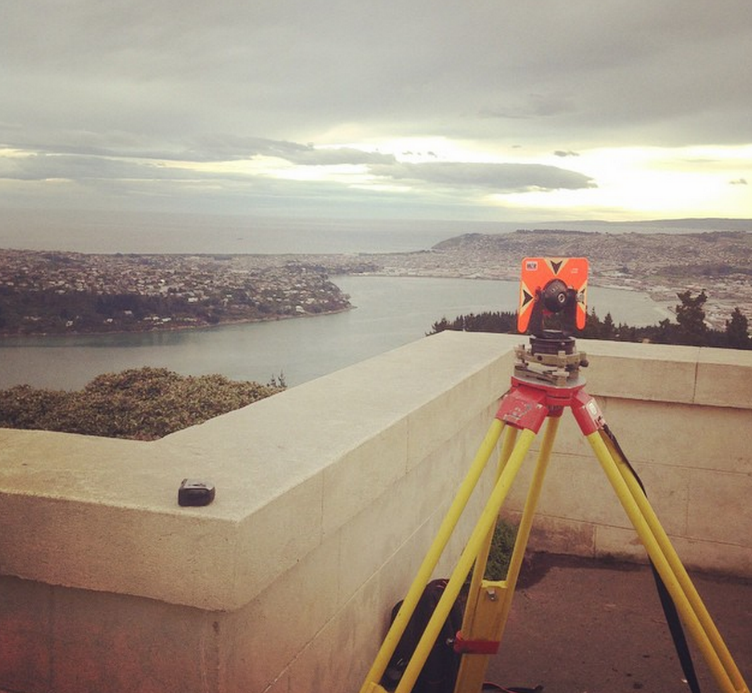 Recently Robert received a best paper award in Journal of Spatial Science from his PhD work on "First combined COMPASS/BeiDou-2 and GPS positioning results in Australia”.

Find out more about the award in the Journal of Spatial Science, issue 1, 2015.

Robert’s research is on combining different countries’ Global/Regional Navigation Satellite Systems (GNSSs/RNSSs) for precise positioning, which gives significant benefits particularly in low-elevation multipath affected areas where higher than customary elevation cut-off angles are necessary to use. The first analysis on combining the American GPS, Chinese BDS, Japanese QZSS and European Galileo for real time kinematic (RTK) positioning in New Zealand is to be published in the International Global Navigation Satellite Systems Symposium in July, 2015, and is expected to advance precise positioning applications in New Zealand in comparison to the GPS-only situation. Some of these promising results are shown below. Note the many more correctly fixed positioning solutions (green) with millimeter precision for the combined system compared to using GPS separately. 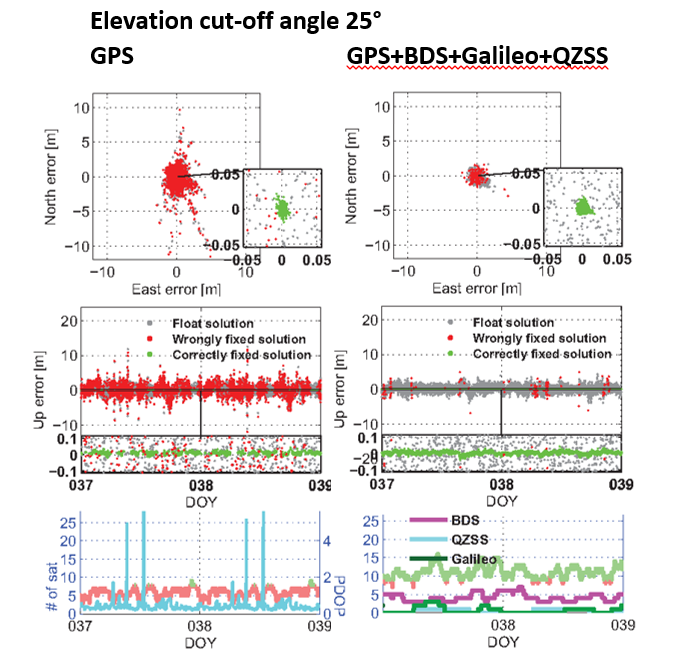