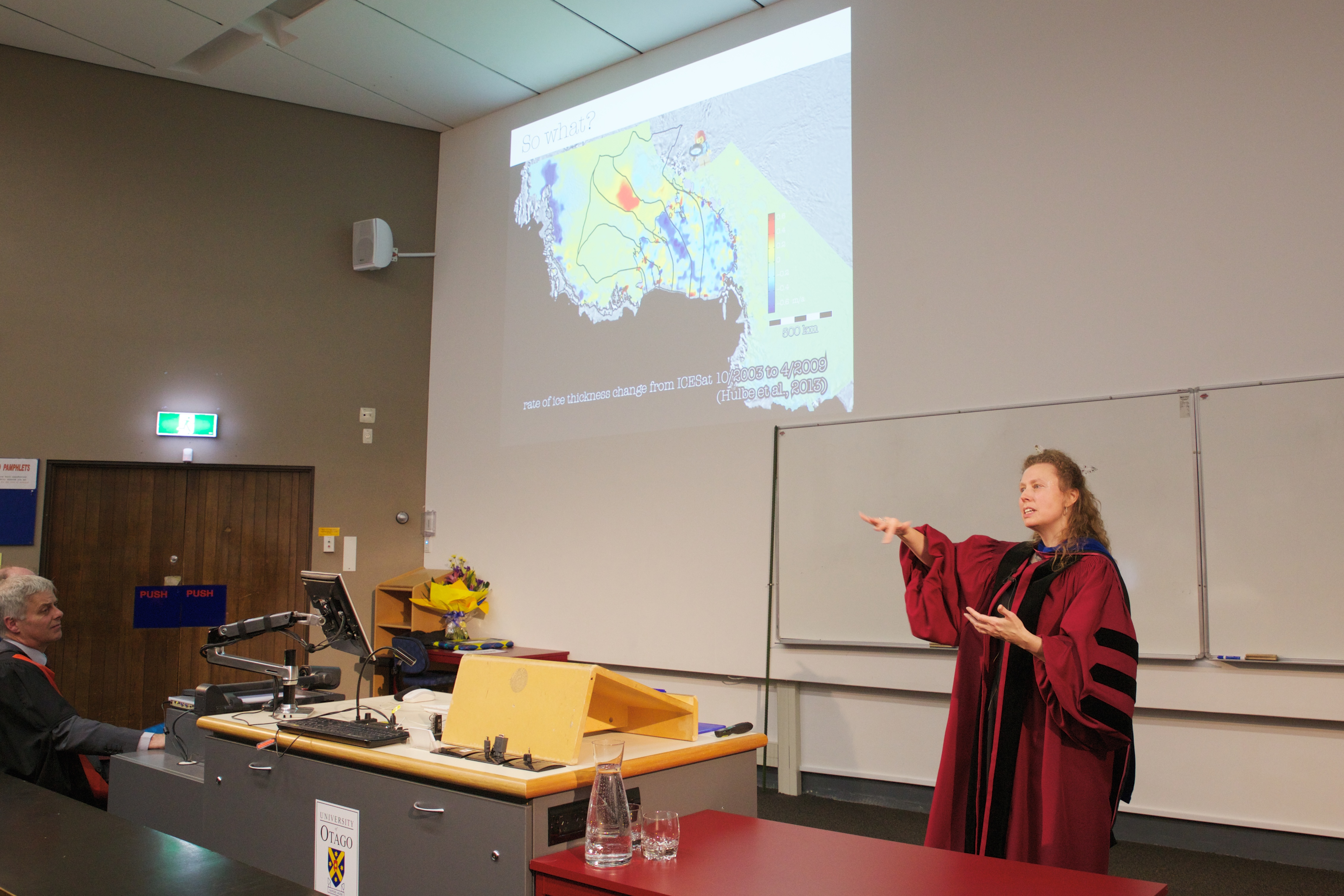 Christina Hulbe, Dean of the School of Surveying, gave her Inaugural Professorial Lecture (IPL) at the University of Otago's Archway Lecture Theatre on Tuesday evening, 1 September.

IPLs are an important part of the academic tradition at the University of Otago.  They are given by academics who have either been appointed to Professor while they are at Otago, or like in Christina's case, academics who are hired into a Professorial position from another academic institute.

Professor Hulbe's presentation covered her work on the ice streams and shelves of West Antarctica as well as intertwining a narrative based around Pecos Bill's trip across the ocean to New Zealand!

The lecture was very well attended by staff and students from the School of Surveying, members of the wider University community and Christina's family.

Below is a photo of Christina receiving a  gift from the University in recognition of her achievement.  Senior Lecturer Greg Leonard, who gave the vote of thanks on behalf of the School, can be seen in the right of the photo, while Senior Lecturer Mick Strack, who presented Christina with a taonga from the School, can be seen in the left of the photo. 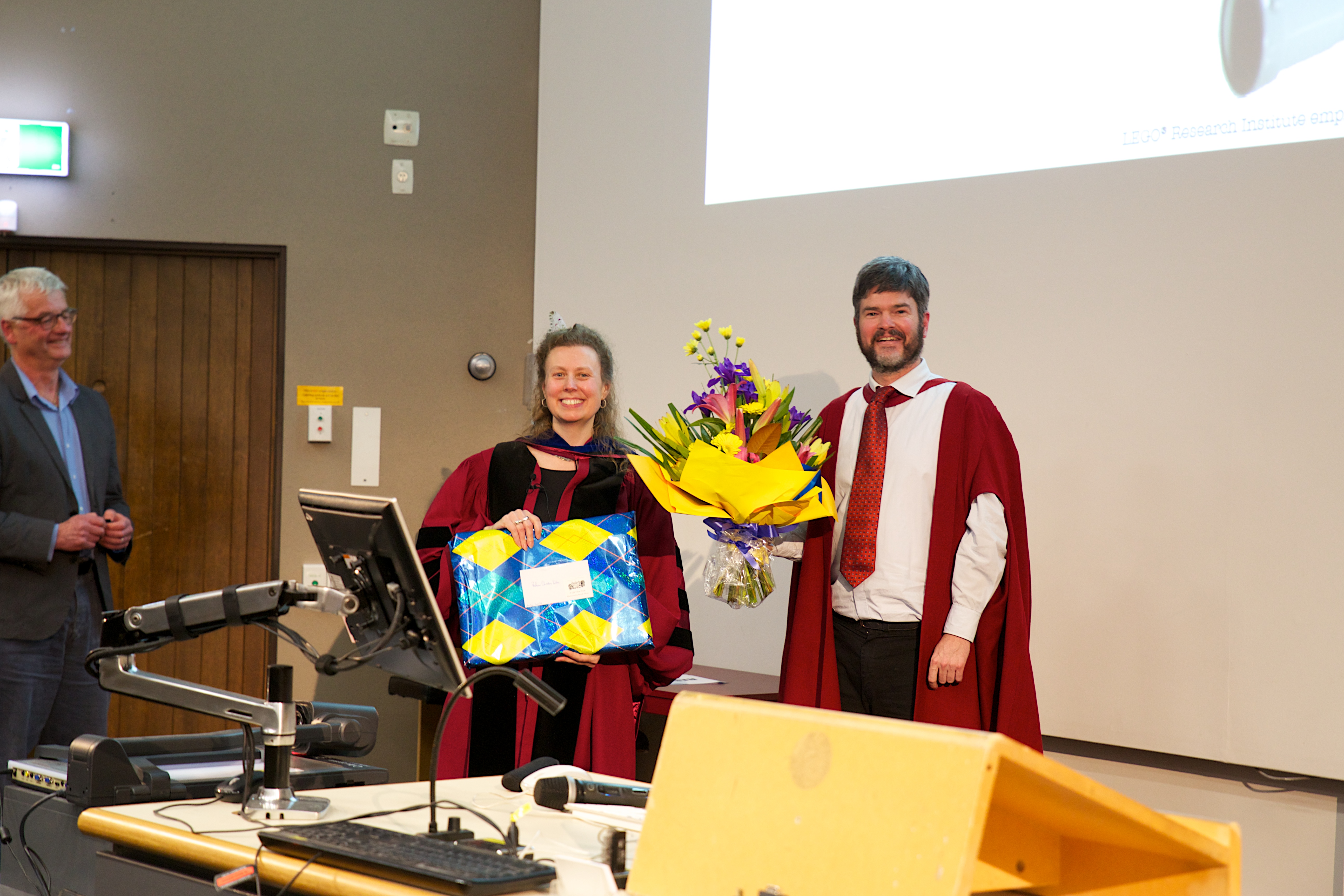