They always say that you should never talk about politics when you are in a foreign country and do not understand the culture. But I am going to throw caution to the winds and write about Nepal’s new constitution because it has so completely dominated what has gone on this week that it is impossible to ignore. I am not going to say anything about what the issues are, but just what I have seen and how it affected my daily life.
Now just to start with there has been some tension, even violence, but not in Kathmandu. There have been quite large demonstrations that never felt threatening, but gosh they sure could tie up traffic. I started noticing them early last week. There were two demonstrations blocking west-bound lanes of the main road to the survey department. One of them was a group of special needs people (mostly school kids from the local school for the hearing impaired) while the others were a bit more militant judging from the police response. Disabled Nepalese apparently have been very active in using the constitutional process to push for better rights and I believe they were successful. Anyway Naraj (my host) and I were going a café to meet some people and we managed to squeeze in the no man’s land between the two groups with their police escorts. It turned out that the café was staffed exclusively by hearing impaired people. I thought that it was run by an NGO but it turns out it is just a normal business run by someone who simply believes that hearing impaired people make good employees. What a great idea. Anyway both protests ended peacefully. The hearing impaired kids were being picked up by their mums when we left the café.
Well the rest of the week involved a lot of politics also. On Tuesday I had coffee with the New Zealand ambassador to India (who also looks after Nepal) who proved to know quite a lot about the earthquakes. The embassy has been pretty engaged. The put out a glowing press release (http://www.nzembassy.com/india/news/new-zealand-high-commission-supports-kiwi-geodetic-expert%E2%80%99s-work-in-nepal ). On Thursday I met the Director General of the Survey Department of Nepal. Form this we got a road map for the rest of my visit, which includes a week-long SNAP course on the last week. I feel like I hadn’t left. Mind you I am on the hook for getting it to work in Nepal so no calling Chris Crook if something goes wrong.
Anyway the constitution was approved on Saturday and there was a huge celebration. We got a three-day weekend, which is unheard of. Remember we normally just get Saturday off. I am attaching a few photos of things that I saw going about my business. One of them shows a slogan which I was told says “we rejoice at the adoption of the constitution”. The second one shows three really excited and patriotic Nepali kids who begged me to take their photo. 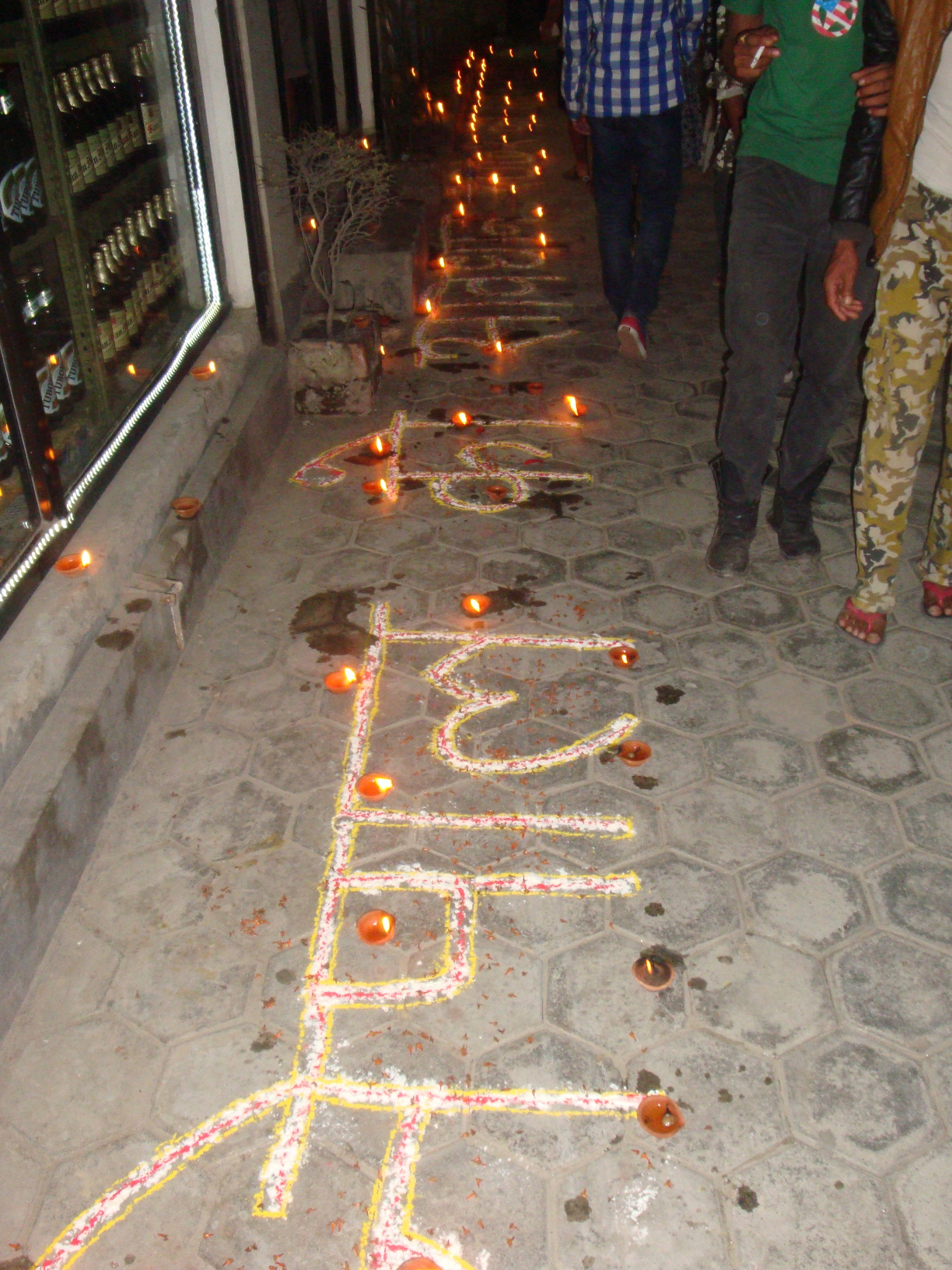 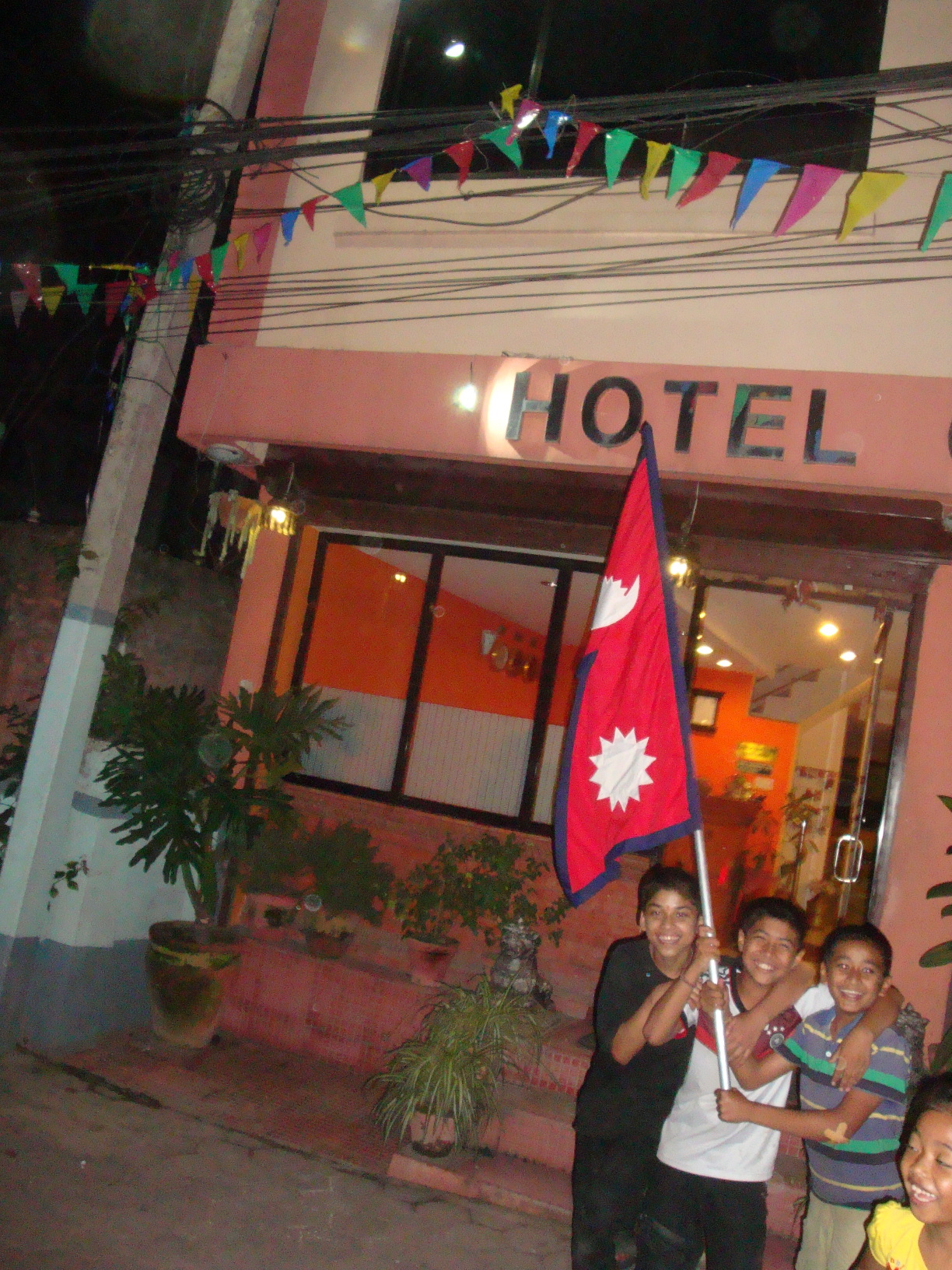