This week was still dominated by the fuel shortage caused by the Indian blockade of Nepal. I thought it was time to quantify the effect of this so I started asking the cab drivers how long it takes them to fill up. The line is huge, (see photo 1). The first time I did this was Tuesday September 29. The census was about 14 hours. At the end of the week it had gone up to 3 days and you do not see cabs very much anymore, hence my morning and evening trek. I must admit it has proved to be more enjoyable than I expected and it certainly has improved my fitness. When I first started it took an hour and a half and I arrived exhausted, but now it takes an hour and a quarter and I feel great. Buses are also amazingly full, with people sitting on the roof in ways they never did before, so that is not an option I have been willing to try so far. I wonder what health and safety would say about that.

On Wednesday, I had another interview with a local newspaper. It turned out that the reporter had to walk, which tells you something about the impact the petrol shortage is having. The major activity was the 2-day SNAP course that went really well. I brought this with me because it allows our Nepali colleagues to use the deformation model I have developed using least square adjustments, and it also allows datum transformations to the two new datums I have developed to be done properly. It went very well. We had about 16 very keen young surveyors who obviously had not had much exposure to least square adjustments before, but were quick to learn. On Friday I went to dinner with Niraj and his wife again and had a great dinner and a great time. It is amazing how hospitable the Nepali people have been.

On Saturday, my one day off, I took a local bus (yes I got a seat) to Baktubar, which is a neighbouring town about an hour away, which was the capitol of yet another small kingdom before Prithvi Narayan Shah, the first king of Nepal, took it over in the mid-18th century. The old royal palace is still there; a bit damaged by the earthquake, but not too badly. I’d say about 75% is still open. It is now the national art museum. The Durbur square is in surprisingly good condition; nothing like Kathmandu (photo 2). When I returned Saturday night I had dinner with John Galetzka from Unavco who is here resurrecting the old Caltech network that was let go due to a lack of funding. About 18 of the stations are still active but John plans get the rest running again. Niraj and I plan to use this as the basis of the Nepali CORS network. It turned out the dinner was at the house of Pasang Sherpa. He was the pilot who became quite famous for rescues during the earthquake. A very nice guy. 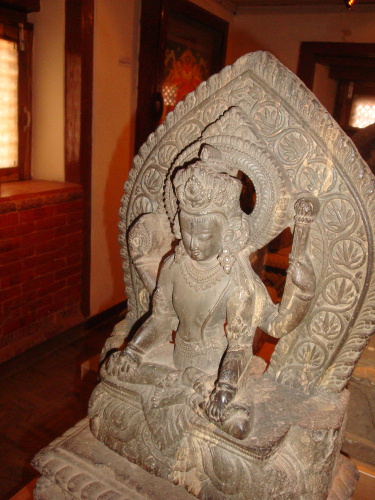 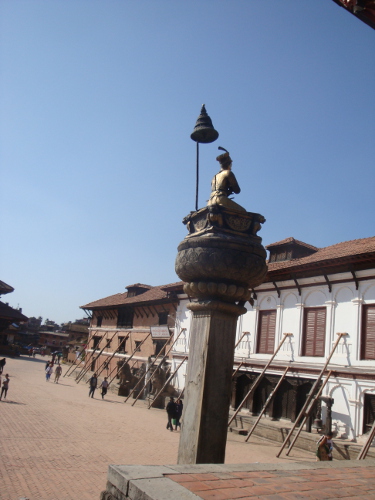