The LiDARRAS project received French media attention last week as it appeared on Friday 1 July on the regional evening news edition of the national TV channel France 3 and was featured in the local journal L'avenir de l'Artois on Wednesday 29 June.

In the context of the centenary commemorations, the French news program was part of a series of episodes featuring sites of WWI in the Nord-Pas de Calais region of France. The episode (in French) presented the museum Carrière Wellington and stressed the work of the New Zealand Engineers Tunnelling Company (NZETC). It also renders the atmosphere among the British soldiers who were posted inside the quarries awaiting the order to engage into the Battle of Arras on the morning of the 9 April 1917.

It then follows archaeologist Alain Jacques who explains how the tunnels were constructed to connect the thousands of years old quarries. Alain Jacques points out nails in the ceiling of the tunnels that we believe were used by surveyors of the NZETC to hold plumb lines and maintain bearing.

The journalists finally enter a space outside the main museum inside the Nelson quarry where they find the team at work (Richard, Chris and Damien at the time) operating the Trimble TX8 (time 2'12'' in the video) and interview Richard - enjoy the french dubbing.

The article published in L'avenir de l'Artois on Wednesday 29 June presents the team and the project, as well as the different surveying tasks including the underground and exterior scans and the placement and survey of markers for referencing them. It also stresses the enthusiasm and support of the staff of the museum Carrière Wellington.

Find out more about the LiDARRAS project. 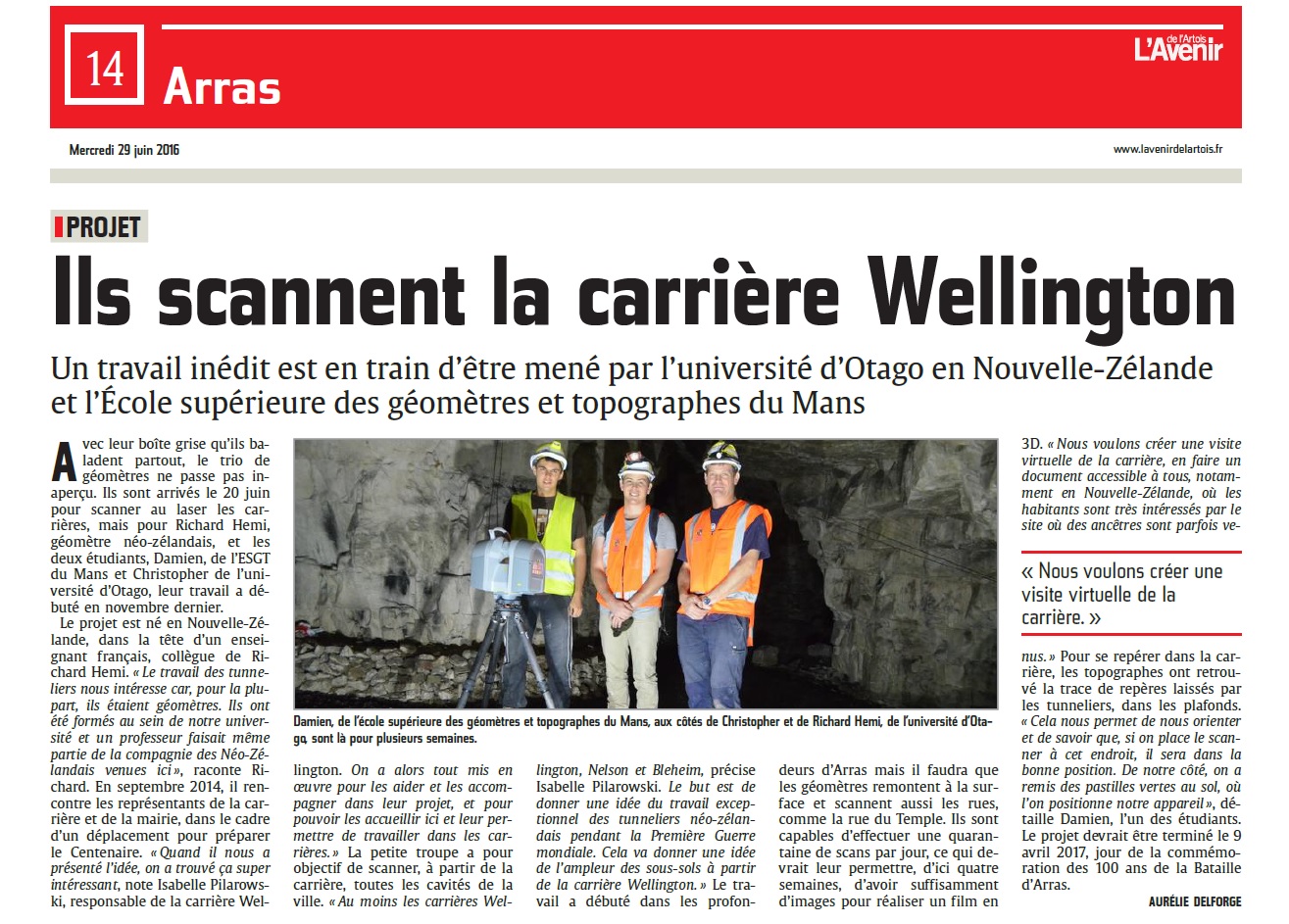