Hello and welcome to the last report from Kathmandu. It has been a very busy week this time. As usual everything got pushed back to the last week. Indeed I had to extend the work portion of the trip for three days of what should have been annual leave. At the beginning of the week I had three days to finish mentoring with Puran before he went back to Germany. He is the student/survey officer who wants to use the readjustment of Nepal as his Masters project. After that I had to prepare a talk for top management on the datum project to date. Then we had another meeting with Iman Gurang on Sunday. He is the Nepali entrepreneur who is developing the commercial side of the Nepal GNSS array. We knew that quite a few of the stations were not operating due to the GNSS processing I did with Puran however, preparing for the talk I systematically checked the stations and found out that 2/3 of them were not running. In nearly all cases there was no data for over a year. The EMAIL confirmed this and told us why. It turns out that JPL had a proposal turned down and hence they had no funding, and let the array fall over. We were encouraged to use this network as a national resource but we were never told there was a problem until I received a response after five increasingly frantic EMAIL requests over six weeks. I understand about uncertain funding but the lack of communication is concerning. Anyway I guess we will have to work with Iman to try and get enough revenue from Nepali sources to keep the network going.

Anyway, aside from the bad news on the Nepal GNSS array, the week was great. A good end to a very successful trip. The talk and the two SNAP seminars went very well and on the last day I had a very good meeting with the Director General.

For photos this week, I have 3 from the farewell dinner. It was held in a Ranaera (19th century) palace that is still in private ownership. Three young survey officers joined Kathy and I for dinner and a cultural evening. Highly recommended.

One of the highlights of the cultural evening. 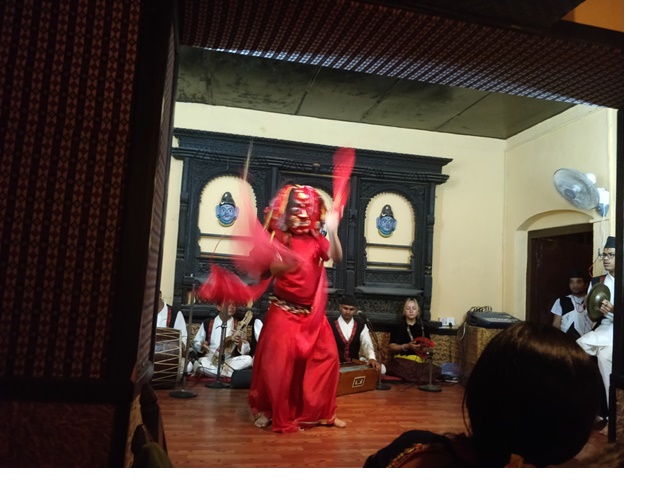 And we all got up too dance! 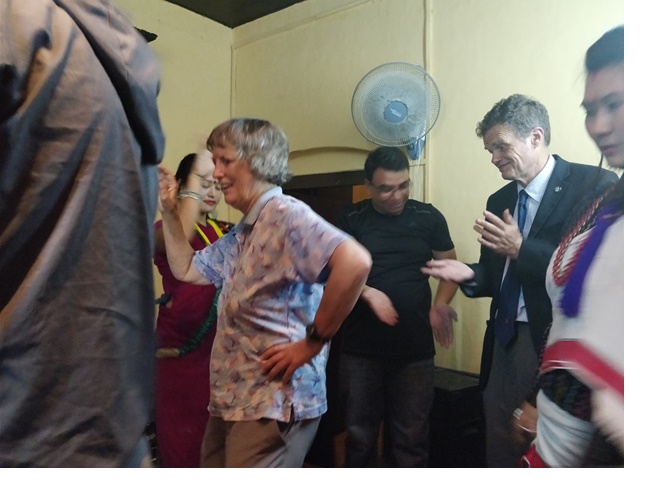