A Surveyor's view of the world's steepest street 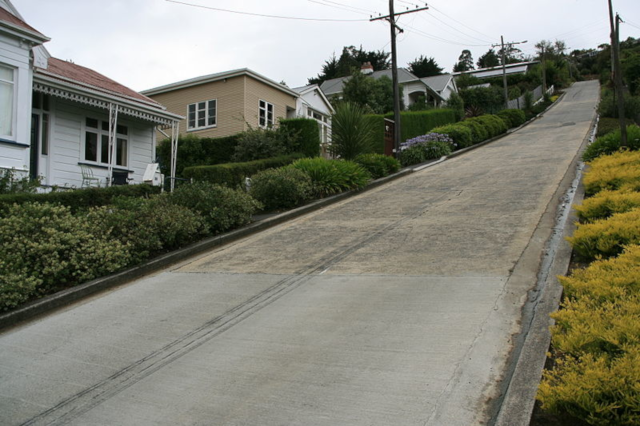 The Guinness World Records recently awarded the title of the world’s steepest street to Ffordd Pen LLech in the town of Harlech, Wales, UK. The title was previously held by Baldwin Street in Dunedin since 1987.

However, measuring a street’s steepness is not as straightforward as you might think! Dunedin surveyor Toby Stoff, a 1992 graduate of the School of Surveying who is employed by Clark Fortune McDonald, recently noted in an Otago Daily Time article that he believes that the measurement of Ffordd Pen LLech was taken around a curve on the inside of the street, which would give a steeper gradient than if the measurement was made at the street centre line, which is the standard practice for measuring gradients. In Toby’s view, this approach gives an unfair advantage to the relatively curvy Ffordd Pen LLech over the much straighter Baldwin Street.

Radio New Zealand checked with Guinness World Records and confirmed that the measurement was indeed taken from the inside verge of the road, which is permitted within the guidelines.
You can read more about the story here.