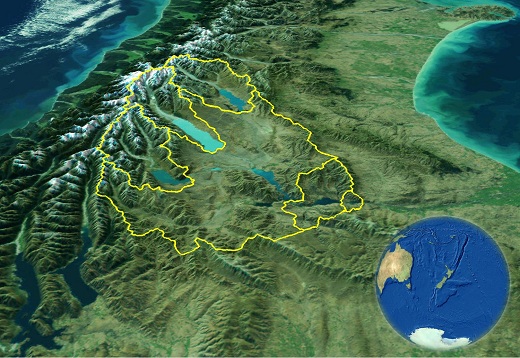 Because New Zealand relies heavily on water for electricity generation, it requires strong and reliable information about its water supplies as well as better knowledge about the processes that affect them.

Situated in the Southern Alps, the Waitaki basin is the most important hydro catchment in New Zealand. Three alpine sub-catchments, namely Ohau, Pukaki, and Tekapo, provide most of the discharge to the Waitaki River. In this alpine region a large part of the water resource is temporarily stored as seasonal snow cover.

It has been long established that satellite remote sensing is a powerful tool to monitor snow cover in remote and inaccessible areas. This is achieved through the implementation of routine monitoring of the snow cover dynamics with the MODerate Imaging Spectro-radiometer (MODIS). 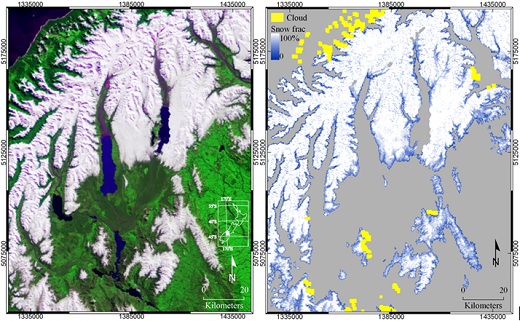 This research demonstrates the desirable performance of an image fusion algorithm. The algorithm enables the mapping of snow with MODIS at 250m spatial resolution instead of the 500m spatial resolution imagery currently available. Furthermore, MODIS images are standardized by means of a physically-based atmospheric and topographic correction (ATOPCOR) approach. Finally, the radiometric normalization of the time series permits the design of a robust spectral unmixing technique. This allows further enhancement of the spatial details of the snow maps through the determination of sub-pixel snow fractions at 250m spatial resolution.

The processing of seven years of MODIS observations covering the 2000-2006 hydrological years permitted the creation of a new dataset that depicts the spatial distribution of snow. The hydrological modelling approach enabled by the Snowmelt Runoff Model (SRM) is revisited. Daily meteorological data (i.e., temperature and precipitation) and the frequent observations of the snowpack provided by MODIS enable the daily discharge to be simulated. Unprecedented performance in the simulation of daily inflows are obtained for the three largest water reservoirs in New Zealand. This sheds new light on the relative contribution of seasonal snowmelt and ice melt to the discharge.