Towards a Virtual Dunedin

Photogrammetry is traditionally used to create topographic maps from aerial and spatial imagery. In the context of aerial photography, modelling buildings becomes popular. A project aiming at modeling Dunedin was started in 2010 when revamping the SURV309 course.

Find out more about SURV309 Introduction to remote sensing technologies. 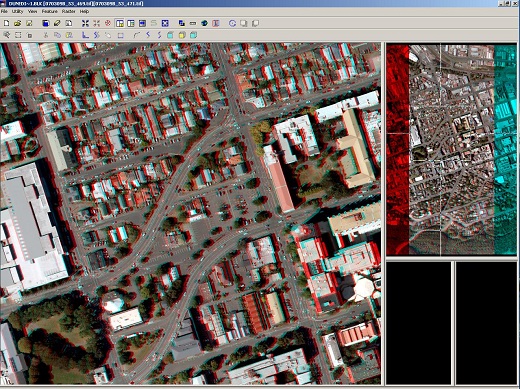 Students are led through the steps of aerial block triangulation in ERDAS LPS and conduct feature extraction in ERDAS Stereo Analyst. Each student is then given a block of the Dunedin city to digitize, thus contributing to the whole city model.

A consolidated 3D ESRI shapefile of the whole model has been created. The current city model accounts for the University of Otago campus as well as most of the central city area and harbor industrial areas. Geovizualization of this model in ArcGlobe allowed snapshots and animations to be created.

This model has been used by Animated Research Ltd to create a photorealistic animation to feature Dunedin during the 2011 Rugby World Cup.

Selected buildings of the model are now used in the SURV412 Geo-visualisation and Cartography. See below an animation featuring a fly-through of the latest version of the virtual Dunedin.

The full triangulated image bloc for was processed with dense stereo-matching techniques (Semi-Global Matching) to produce a 20cm resolution point cloud of a large portion of Dunedin. The resulting ~300MPts point cloud can be navigated easily using WebGL technology supported by the Potree viewer.

Find out more about Potree.