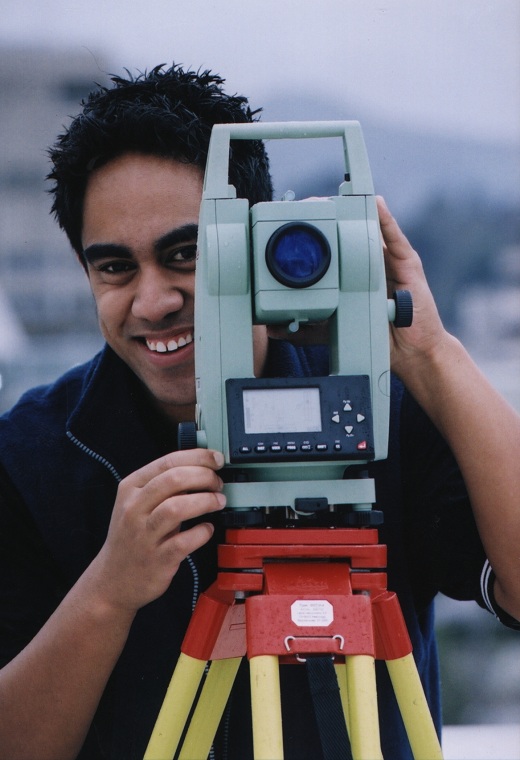 "Failure is not an option!" and that attitude is Robbie Rameka's secret to success. - a secret that he is keen to share with other young Maori students.

Robbie's teachers at Flaxmere High saw that he had ability in maths and physics and encouraged him to apply for the University of Otago's Bachelor of Surveying degree. Until then Robbie hadn't thought too much about Otago. Since coming down he has fitted right in. "It's a long way from home" he says "but it's a choice environment and you have no trouble hooking up with people". And the weather? "You get over it!"

Like many Maori involved in education today Robbie is the first in his whanau to attend a university. He realises the importance of this for himself and for his whanau. He understates himself as being an "average C person" but he is getting better than 'C' grades in his degree and is strongly encouraged by his lecturers and tutors. He is pushed by his own drive and his desire to give something to his whanau who give him heaps of
support.

But all work and no play doesn't fit with his philosophy either. Robbie balances his study time with plenty of sport including rugby where he carries his success onto the paddock. He was a first XV star at Flaxmere and since coming to Otago has represented his adopted province in under 19's in 2001 and the Otago Maori Colts in 2002.

Robbie Rameka is a motivated young achiever who will be a success and a role model for his whanau and others that want to follow him.