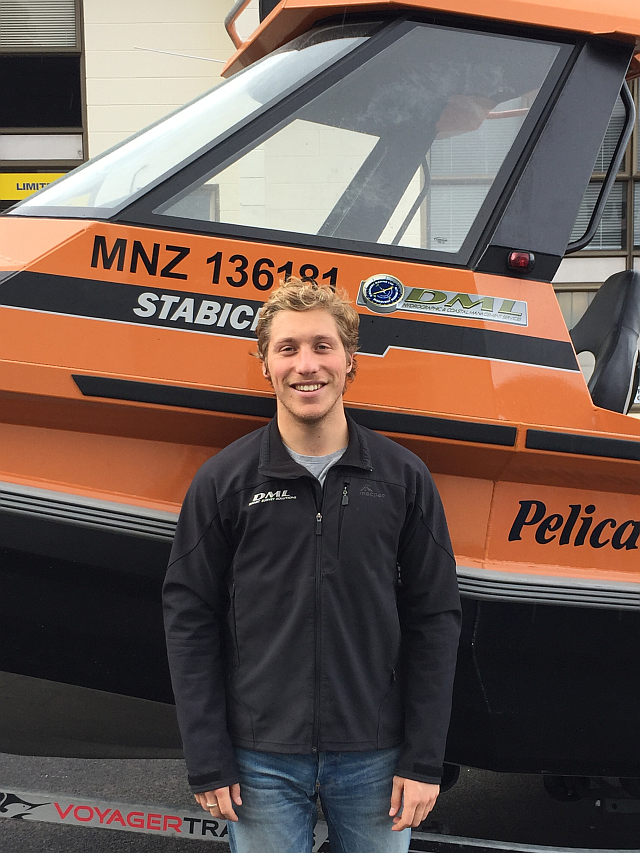 As an indecisive teenager in his final year of high school, Dan Graham chose to study surveying because it involved maths, and more importantly, a chance to work outdoors.
“I was set on studying at the University of Otago from early on, after hearing stories from my parents’ days down south. The fact surveying was only taught at Dunedin was just a happy coincidence.”
Dan’s favourite papers were Hydrographic Surveying 1 & 2 conducted by Emily Tidey.
“The fieldwork undertaken in both courses was a highlight, in-class lectures were varied and often involved group discussion sessions, which I also enjoyed. Given my love of the ocean, I had a very strong inkling that I wanted to pursue hydrographic surveying during my first two years of study. My enjoyment of the hydrographic surveying papers just confirmed that for me,” Dan says.
“During my time in Dunedin, I surfed as much as I could and played for the University of Otago football team in my third and fourth year.”

Dan currently works for a hydrographic surveying company called Discovery Marine Limited based out of Auckland.
“I get to work all over the country – having New Zealand’s coastline as a backdrop while working never gets old”, he exclaims.
“We recently finished a survey of the stretch of coastline between Kaikoura and Cape Campbell to update nautical charts in the area following the earthquakes, Dan continued excitedly.

Looking towards the future, Dan hopes to gain Level 1 Certification which is an industry recognised qualification recognising a surveyor’s academic background as well as practical experience.