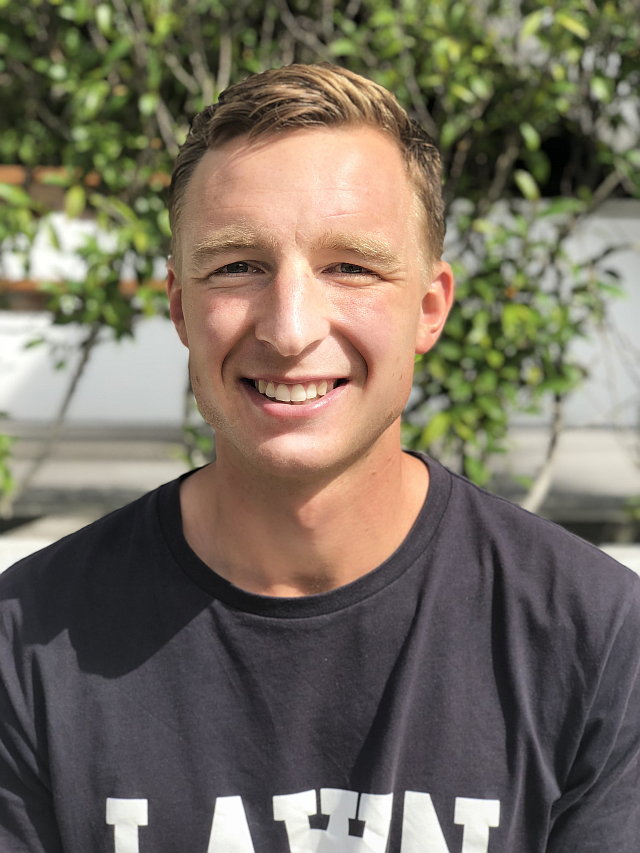 During secondary school, Robert Mears discovered a love of problem solving, especially in regards to maths and design. Coming from a farming background, the opportunity for him to work with the tangibility of land was also attractive so, he felt, Surveying ticked all the right boxes.
“Growing up in Otago and Southland I witnessed, albeit from afar, the amazing culture at Otago. And of course, it was something that I found really appealing. I looked into a few other universities around the country, but none of them had the presence or character that Otago did. Also, Otago is the only place in NZ that you can study Surveying as a Bachelor’s degree, so that worked out really well.”
Robert was full of praise for the School’s amazing staff, saying they are encouraging and supportive, and constantly think outside of the box to do things differently.
“I think this stems from the fact that there is a good mix of professional fellows and academic lecturers, and everyone is very receptive to new ideas. For a course with a lot of compulsory papers, there is a massive amount of freedom, especially in your final year.”
Not surprisingly, Robert’s favourite papers were heavily problem-solving and design focused.
“In SURV304 I was designing engineering solutions for a new theoretical development, and SURV453 involved studying urban design and applying those principles to an area needing regeneration; I chose Roslyn village centre and it was a fascinating experience.”
The School encourages its students to get involved with extra-curricular activity as well.
“Throughout my first few years, I played rugby for the Harbour Rugby Club, and in my final year, rowed for the Otago University Mens 8 which travelled to Saint Petersburg, Russia, to compete against the Saint Petersburg University Mens 8. Another amazing experience!”
The School of Surveying has a strong student representative group called OUSSA who organise fantastic events throughout the year for students, “I was fortunate enough to be the President in my final year. It was a huge amount of fun!”
Robert currently works for Woods, a land development consultancy in Auckland.
“I work in the engineering team helping to deliver large earthworks and civil engineering project so that more houses can be built to feed the housing demand. This involves heavy interaction with local government, other consultants, neighbouring property owners and contractors, to get satisfactory results for both our client and the communities that will live there once we have moved on.
Robert is adamant he would not have gained this job without a Bachelor of Surveying. Beginning as a graduate surveyor - two years’ on – he was promoted into the land development team and soon after, became a Licenced Cadastral Surveyor.
“Without the degree this career path would have been impossible. Besides the technicalities, the broad range of knowledge that we learnt meant that we know when and how we can solve a problem, when something may be done, and utilising the help of other professionals. That collaboration is key to making projects work.