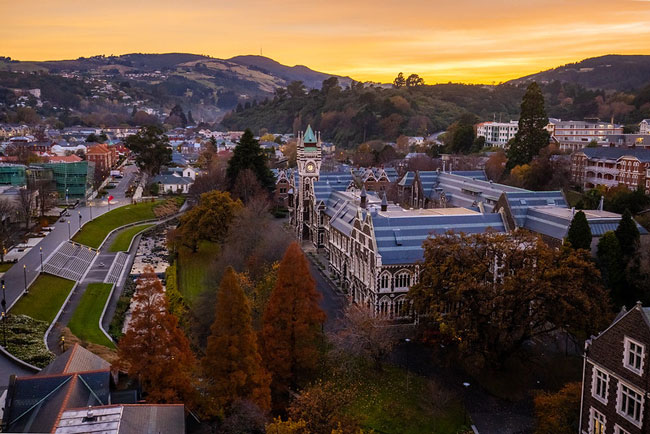 The University is concerned about the proposed pace of tackling climate change, improving Dunedin’s public transport, the lack of decisions about the city’s one-way highways, and work stopping on the Water of Leith.

Those are the four key areas the University of Otago is highlighting in its written submission on the Otago Regional Council’s draft 10 year plan for 2021-2031, along with the fact the University is generally supportive of the plan, says Chief Operating Officer Stephen Willis.

Despite climate change being potentially the most important issue for students, the plan does not include an action plan for tackling this critical issue and the regional council will only maintain climate change resources in the short-term.

So, the University’s submission offers resources to help, in the form of support from our University of Otago Sustainability Office.

Because both staff and students say public transport is too slow, the University is concerned the plan does not mention any possible improvements to Dunedin’s public transport.

The Climate Change Commission’s report states better public transport is needed to get people out of their cars and more frequent public transport would encourage both staff and students to use it more, Mr Willis says.

Convincing Dunedin people to use the bus requires more focus, emphasis, and drive to affect change, and the University is happy help by taking to any action to promote public transport that it can reasonably sustain.

Because Dunedin’s central city transport network has been largely unchanged for about 50 years and creates several barriers for people, the University would like a decision to be made about the one-way state highway system that divides the central city.

We would prefer a public decision being made about that system rather than it falling into the too hard basket.

The public needs to be presented with all the facts and information surrounding the decision. The highway system, along with the planned major development associated with the hospital and University precincts, presents a truly once in a lifetime opportunity to be more visionary in our view of our transport system, along with urban and precinct planning, Mr Willis says.

While significant work has been done on the Water of Leith where it flows through the campus upstream of Forth Street, the regional council’s proposed Love the Leith enhancements from there to the Forsyth Barr Stadium are not funded in the draft 10 year plan.

Those enhancements would benefit both locals and visitors, attract people to the campus, and create more connection between the University and the wider city.

The University is keen to continue to partner with organisations to help the Love the Leith project to go ahead and other projects with similar outcomes, Mr Willis says.

University of Otago Chancellor Dr Royden Somerville QC is speaking to the University’s submission at the 10 year plan hearing today (Thursday 20 May 2021).