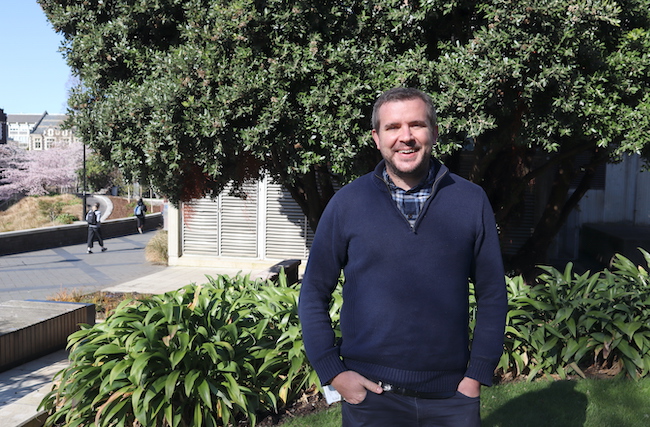 Kuku are very important to New Zealand both environmentally and commercially. They play a key role in water filtration and food webs across the country, and the kuku aquaculture industry is valued at over $348 million a year.

Nathan will use emerging genetic and molecular tools such as single-cell sequencing to understand the response of kuku at the genetic level to climate change and ocean acidification. He will focus on the earliest life stages of the shellfish to develop a thorough genetic understanding of the development of resilient traits.

“This obviously has fundamental importance to our role as guardians of these animals – we should use every tool at our fingertips to ensure that this species, which are taonga [treasure] in every sense of the word, are looked after for generations to come.”

“The Rutherford Fellowship will not only support me personally but allow me to create a bit of a research ecosystem, which I am super excited about. There are lots of great people who have helped me with the application and will be part of the research, at places like the Cawthron Institute, Genomics Aotearoa, and AgResearch, as well as in Otago’s Biochemistry Department.”

Nathan has now come full circle, having originally graduated from Otago with a BA in Philosophy and a DipLang in German in 2008, and a BSc(Hons) in Genetics in 2009. He carried out his honours project on NMDA receptors in microscopic creatures called rotifers under the supervision of Otago Biochemistry’s Professor Peter Dearden.

After traveling to the UK for further study, receiving his DPhil in Zoology from the University of Oxford in 2014, Nathan did postdoctoral training at the Chinese University of Hong Kong and received a Marie Skłodowska-Curie Fellowship in 2017 to conduct research at the Natural History Museum in London. He then took up a research position at Oxford Brookes University in Oxford where he used single-cell sequencing to find out how annelid and platyhelminth worms can regrow major body parts after damage.

Nathan brings to the Department his expertise in comparative genomics, phylogenetics and evolutionary developmental biology in a range of invertebrate species.

You can find out more about Nathan’s research on his profile page and his laboratory website.