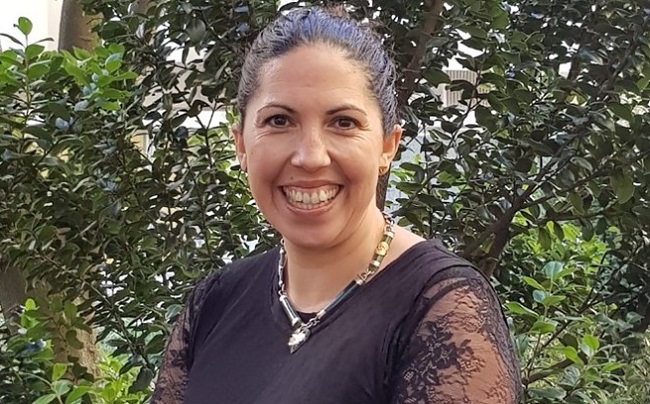 Mō tātou, ā, mō kā uri ā muri ake nei - a well-known Ngāi Tahu whakataukī, which translates as: For us, and our children after us. This helps guide Emma in all that she does.

Associate Professor Wyeth says this strategic leadership role provides an opportunity to contribute to Māori advancement and excellence at a higher level in the institution.

“I am a staunch advocate for a new and better Māori and Ngāi Tahu future, but in a way that is mindful of our heritage and ancestors’ hopes, as well as the broader Māori context nationally."

“It is an opportunity to work more collaboratively with Māori staff across the Division - to support and represent them and to draw on the many and varied research strengths, areas of expertise and qualifications offered across the Division for increased benefits and improved outcomes for Māori whānau and communities.”

Associate Professor Wyeth grew up in Karitāne and says she has been fortunate to always live within the Ngāi Tahu takiwā. She has strong whakapapa connections to Puketeraki and Ōtākou Marae, and also to Taranaki.

“I have had many strong connections with various leaders in our Ngāi Tahu communities over my lifetime. Such people, and whanauka (relations), have been instrumental in fostering my commitment to Māori communities and advancement and witnessing Māori leadership in action within various settings.”

“I am a staunch advocate for a new and better Māori and Ngāi Tahu future, but in a way that is mindful of our heritage and ancestors’ hopes, as well as the broader Māori context nationally. In so doing, I am inspired by my tipuna Tame Parata (long-serving Southern Māori MP) who, in terms of health and education, took our wider village with him. He also acted on behalf of the iwi and advocated for Māori katoa. I am looking forward to the opportunity to continue, in my own way and via my roles at Otago, his legacy.”

Associate Professor Wyeth is based in Dunedin where she is the Director of Te Rōpū Rangahau Hauora Māori o Ngāi Tahu. She has spent the last 15 years specialising in Māori Public Health research and developing and teaching undergraduate and postgraduate Hauora Māori courses in the Department of Preventive and Social Medicine. Her research, which has been awarded several large highly contestable funding grants, predominantly focuses on Māori experiences and outcomes within New Zealand’s health system.