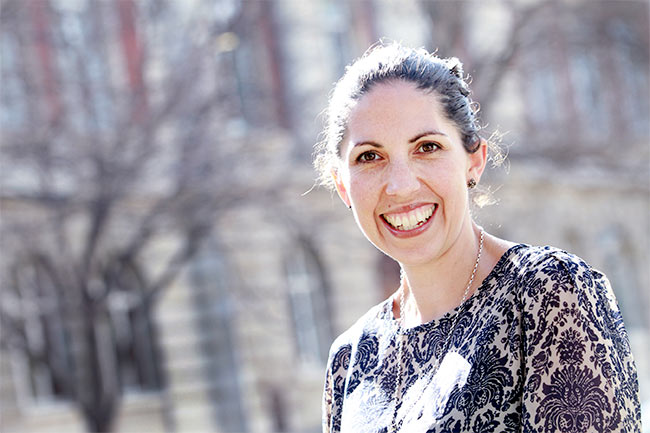 The project, which begins in October, allows Emma to continue work she began with the Prospective Outcomes of Injury Study (POIS), led by Otago Associate Professor Sarah Derrett, which investigates predictors of injury-related disability for over 2800 people (including over 550 Māori) for up to two years after an injury for which they received some form of compensation from ACC. Emma’s project aims to understand the pathways and experiences of Māori who were hospitalised as a result of their injury and to identify factors that contribute to disability.

Emma says, “There isn’t much information that focuses on the broader spectrum of injuries. Our study included a range of injuries from sprained ankles to spinal injuries. Results from POIS found that, despite accessing ACC and receiving hospital care, Māori are at 70% increased risk of disability two years post injury when compared to non-Māori.

“The recent grant will allow us to try and identify and understand the points at which future interventions can be implemented, to help reduce burden of disability for injured Māori.”

In the year or so prior to learning of the HRC grant, Emma became a Hauora Māori lecturer, Māmā to her third child (all aged five and under), and took up her directorship of the research unit. It’s a workload many would baulk at, but Emma intimates that her work has a natural continuity from a lifetime of growing up within her Ngāi Tahu rohe, learning the importance of whānau and being constantly involved with iwi activities at many levels, including previously working for Te Rūnanga o Ngāi Tahu.

As the Director of the Ngāi Tahu Māori Health Research Unit, Emma will utilise her passion for strategic thinking and deepen her already close ties with Ngāi Tahu ki Araiteuru and Te Rūnanga o Ngāi Tahu, the latter an important partner in the establishment of the Unit.

“I plan to oversee a reinvigoration of the unit, continuing to engage with Ngāi Tahu and the wider University of Otago communities. We’re in the initial stages of discussion, but it is an exciting time.”