Thinking about Tourism as a career?

Read about some of our Tourism graduates below. Find out about where their degrees have taken them, and how their studies at Otago have prepared them for their respective careers. 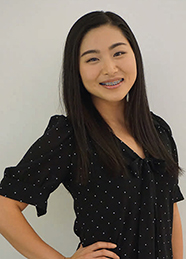 Hanna Bae reckons switching courses after her first year was one of the best decisions she ever made.

She’d felt family pressure to enrol in a Health Sciences degree, but it wasn’t a good fit, so Hanna decided to change to Tourism and German.

“I hadn’t really travelled and I wanted to find out more about the rest of the world, and after learning some Japanese and Mandarin at school I wanted to try a different language.”

Smaller class sizes were a revelation for Hanna.

“Everybody in the Tourism Department is so chilled and approachable. The lecturers have time to talk to you, which is really cool. And my German class was so tiny we all became friends – we even fitted into a restaurant for a party.”

Hanna spent her first year at Toroa College, where students cater for themselves. “Cooking is a hobby, so having our own kitchen was awesome, especially as I was right into student nutrition at the time. And I met some amazing people there.”

In her second year, Hanna went flatting and worked part-time in restaurants. Then she took advantage of an opportunity to take a year out to work at Disney World in Florida.

“My lecturer told us about recruiters coming to Dunedin, and after an interview I was hired, so that was cool. I learned so much about American culture. I really loved it there and might go back one day.”

Hanna has now completed her BCom as well as a Master of Tourism and works at the University’s boutique hotel, The Executive Residence. 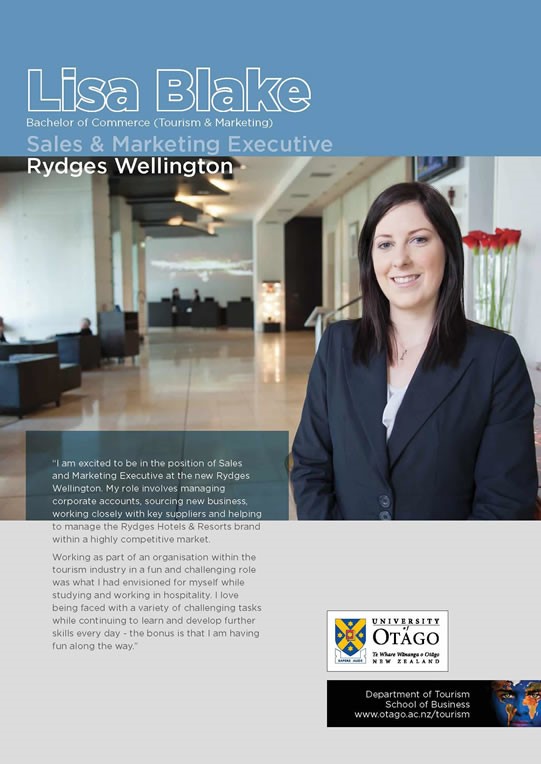 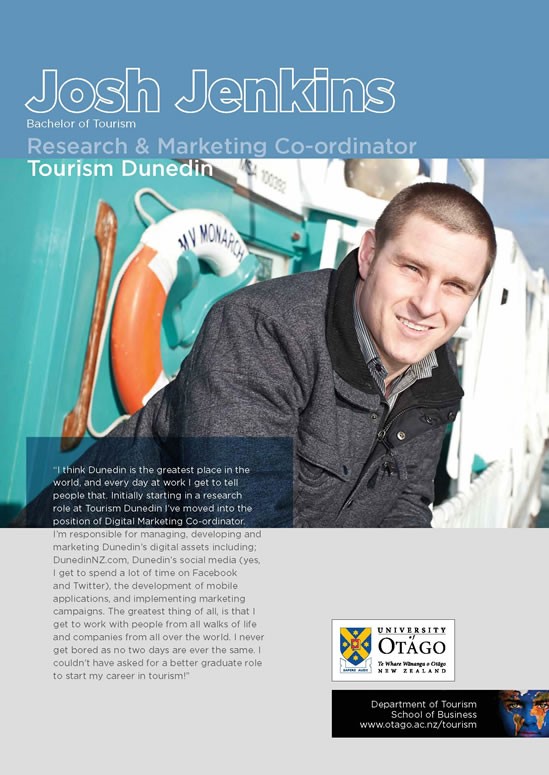 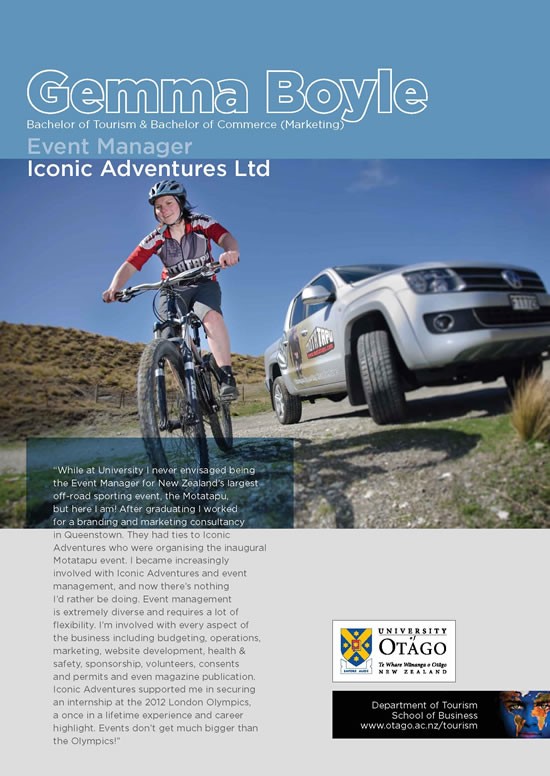 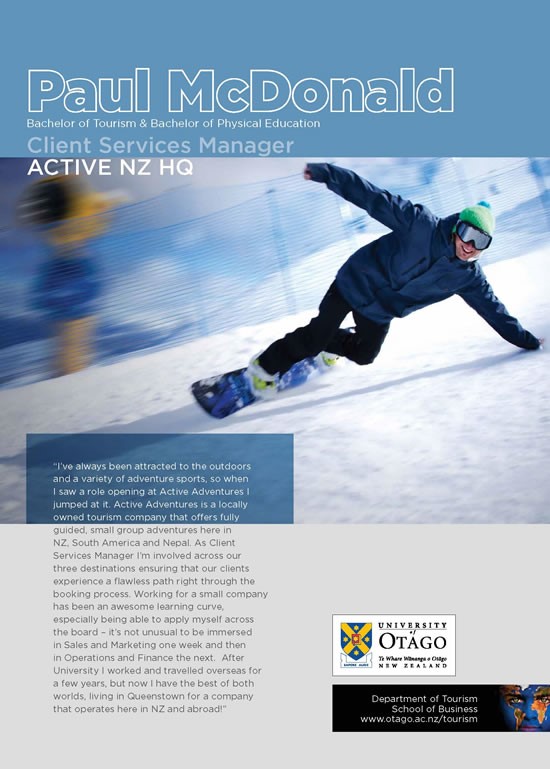 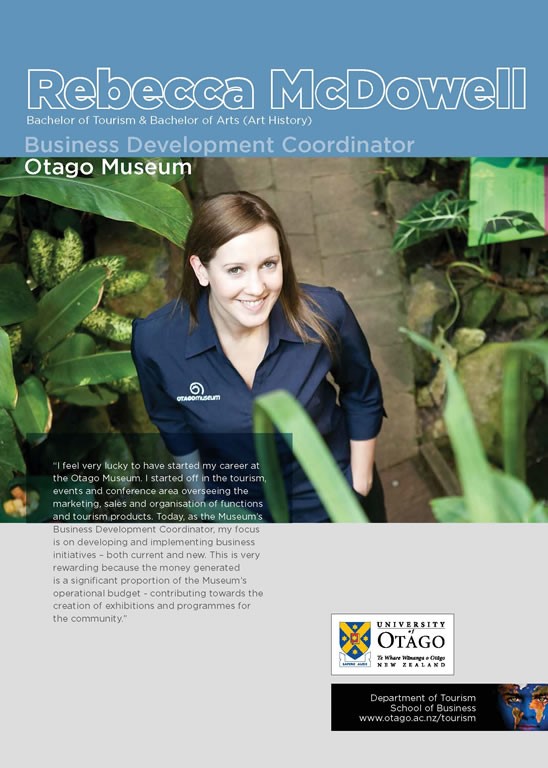 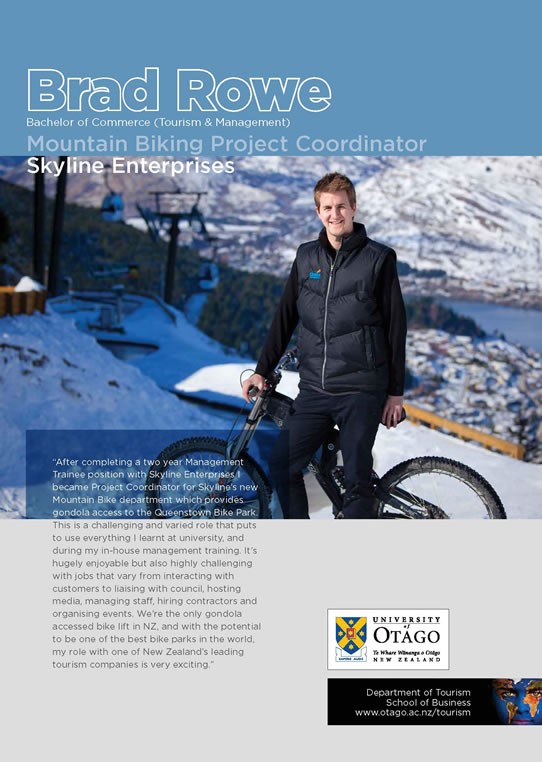 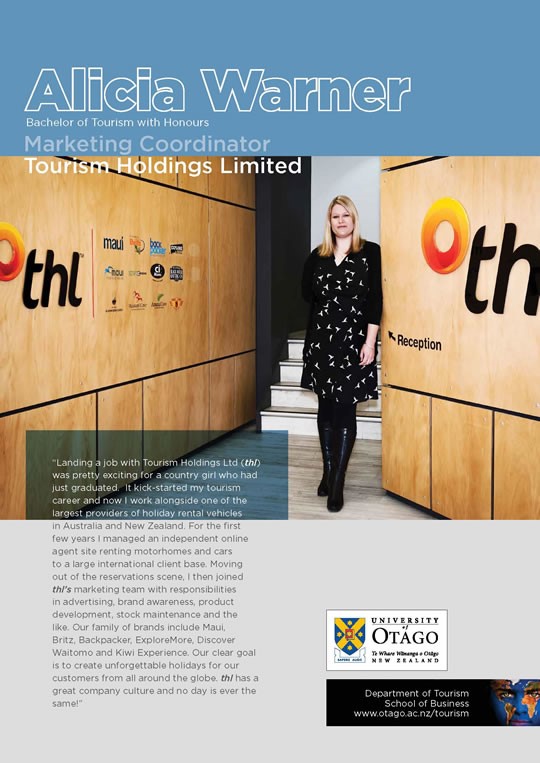 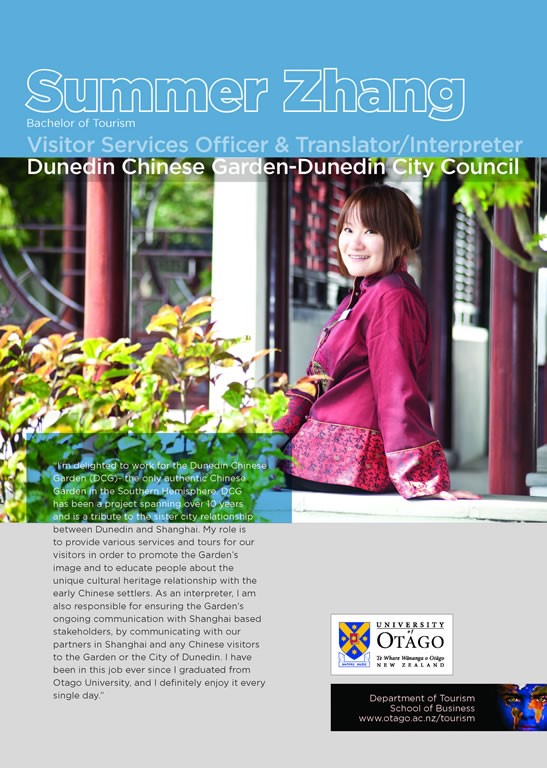