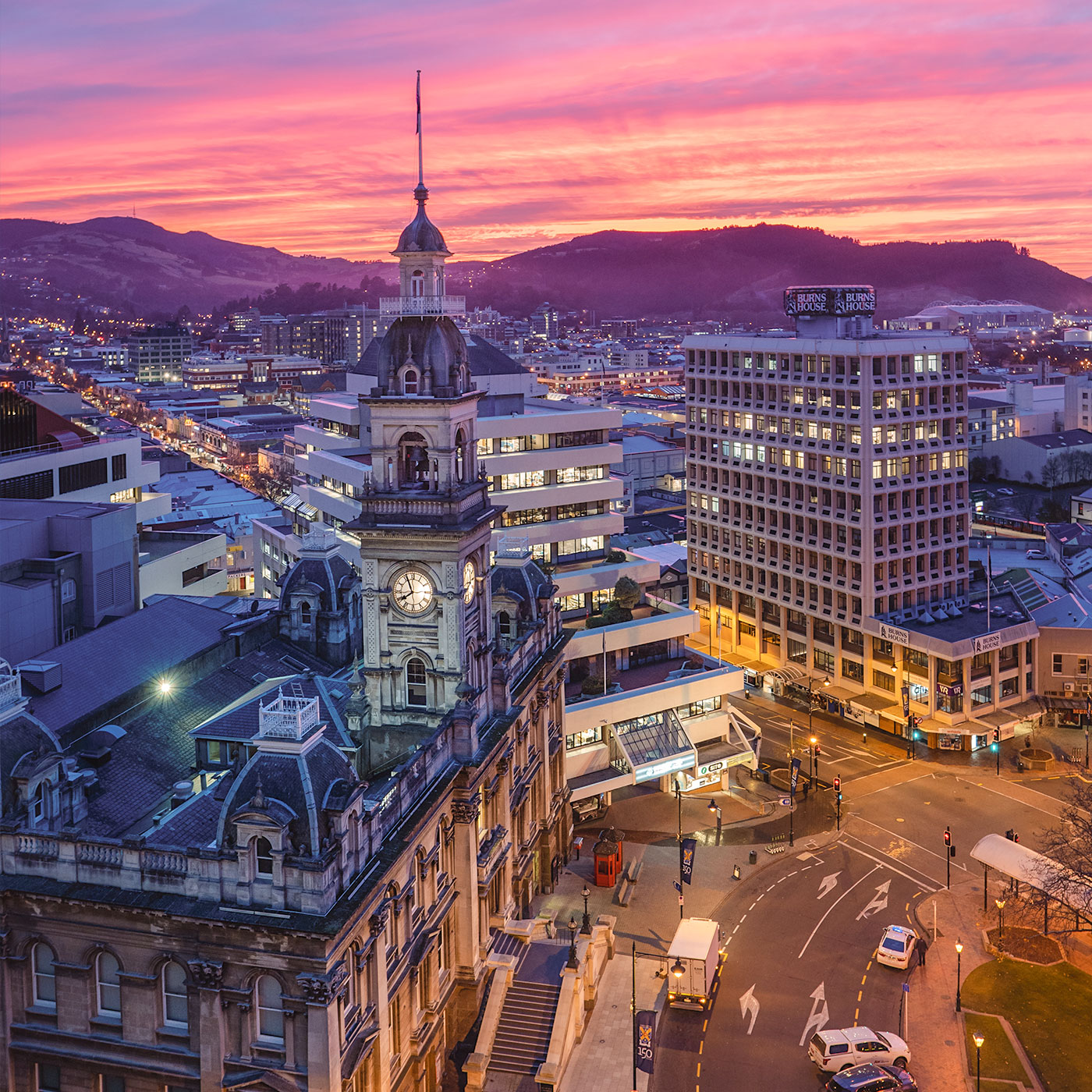 With a population of around 130,000, Dunedin is a small but sophisticated city, boasting many of the amenities and cultural richness usually only found in much larger urban centres, while still retaining its traditional friendliness and ease of getting around.

There are outstanding art galleries, theatres, museums and libraries, enhanced by the city’s status as a UNESCO City of Literature. Dunedin also offers world-class sporting facilities – including New Zealand’s only covered stadium – beautiful beaches and internationally acclaimed wildlife sanctuaries: the world’s only mainland royal albatross colony is located on the headland above Otago Harbour.

Dunedin boasts exceptional architecture, much dating from the Victorian and Edwardian eras, and many cafes, restaurants and bars. Modern shopping complexes trade alongside small boutiques, and a weekly farmers’ market provides an outlet for much of the area’s first-rate produce.

Dunedin is also the gateway to Central Otago: the resort towns of Wanaka and Queenstown – New Zealand’s adventure capital – are just over three hours’ drive away. Skiing, snowboarding, boating, mountain-biking and wine tasting are just a few of the many activities to be enjoyed.

The Vice-Chancellor’s official residence – University Lodge – is located in the harbour-side suburb of St Leonards. This gracious residence is situated in expansive grounds, just 10 minutes’ drive from the University. The double-brick house was built by local ship builder and philanthropist Isaac Stevenson in 1929, providing work for his employees during the Great Depression. It was gifted to the University by his daughter Anne in 1950 and has been substantially modernised and renovated. 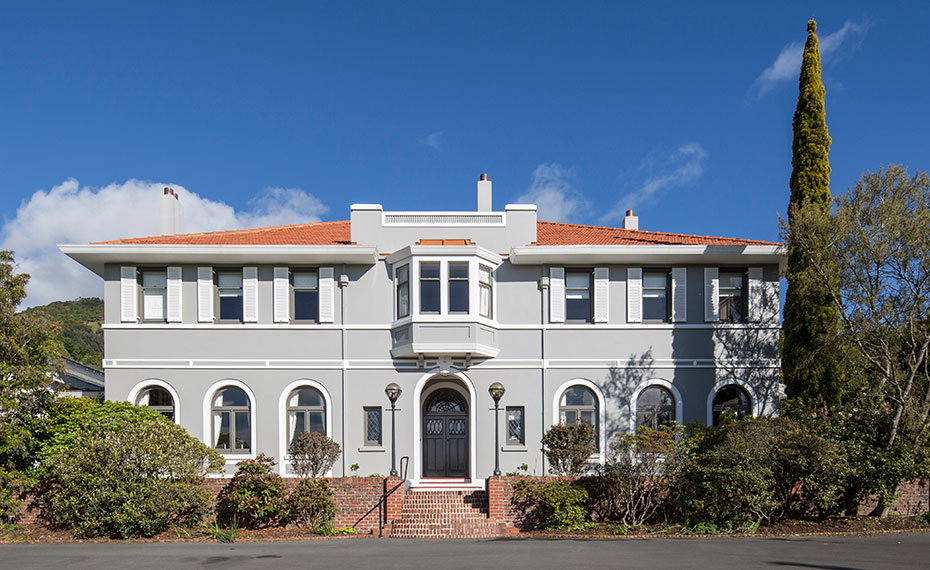 The Vice-Chancellor’s official residence – University Lodge – is located in the harbour-side suburb of St Leonards. This gracious residence is situated in expansive grounds, just 10 minutes’ drive from the University.

Education is one of Dunedin’s most defining features and its major industry. This is a true student city. The University not only enriches the intellectual, cultural and sporting life of the city, but is a considerable economic force and opinion leader. The Vice-Chancellor is seen as an influential citizen of Dunedin who occupies a position of significant civic leadership. Dunedin also hosts a thriving polytechnic and offers excellent preschool, primary and secondary education facilities.

And, while Dunedin is located in the south of New Zealand, it is very well connected. The Otago region has two airports with domestic flights around New Zealand and to Australia. Dunedin is New Zealand’s first “Gigatown” and Sister City relationships are fostered with Edinburgh (Scotland), Otaru (Japan), Shanghai (China) and Portsmouth (USA).

The role and how to apply