Professors Gregory Cook, Philip Hill, and Frank Griffin are key leaders in a group of Otago scientists studying tuberculosis, and other mycobacterial diseases.

Many infectious diseases are becoming drug resistant and antibiotics are losing effectiveness as a result. This makes new treatment approaches vitally important.

No new drugs have been licensed for TB in 40 years and the recent reports of extensively drug-resistant (XDR), and totally drug-resistant TB strains threaten to return us to the pre-antibiotic era for this disease.

Professor Gregory Cook focuses on how both pathogenic (Mycobacterium tuberculosis) and environmental (polyextremophiles) bacteria adapt to different environments. Both the molecular mechanisms involved in this adaptation, and how they control the physiological response of a particular bacterium to environmental signals are major themes.

The specific studies include:

Professor Philip Hill who has an extensive record in TB research in developing countries, will be part of a multi-disciplinary consortium exploring the link between TB and diabetes. Professor Hill, who was part of the team that designed the study, says the consortium wants to test the hypothesis that screening and management can be greatly improved and simplified with a major impact on the control of TB and diabetes co-morbidity.

"We know that just under 400 million people live with diabetes and around 10 - 20% of new cases of TB are also diabetic, which is a much higher percentage than you would expect by chance," Professor Hill says.

"There are more TB cases with diabetes than there are with HIV and while diabetes doesn't have as dramatic an effect on TB as HIV does, it is clearly a significant player - presumably through an effect on the immune system."

"The fact that the number of people worldwide with diabetes is increasing at an alarming rate will have an effect on global TB control."

Professor Frank Griffin has significant expertise in livestock diseases, and their control. His work is internationally recognised.

He is currently exploring immune mechanisms that are associated with either pathological (diagnostic) or protective responses in deer exposed to M. paratuberculosis (Johne’s disease).

Purebred lines of deer that display extremes of resistance or susceptibility to paratuberculosis are being studied to identify candidate genes that result in a resistant (R) or susceptible (S) phenotype in vivo & in vitro. Transcriptomics on mononuclear cell studies from deer with either R or S genotypes are underway.

Professor Griffin says that the nice thing about deer is that they present what we regard in genetic terms as remarkably interesting phenotypes. TB in deer looks just like human disease. Some cases manifest with extremely long infections, some cases present with lymph node infections, some cases display practically no signs of infection. So we concluded that in deer we have really a representative animal for studying human TB.

"There are great advantages accrued by working with veterinary species. You have a primary economic issue, which is a disease in an animal, but if you use it correctly it can inform other areas of biology, like human biology." 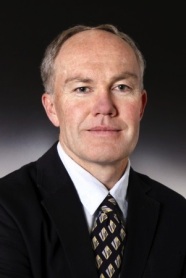 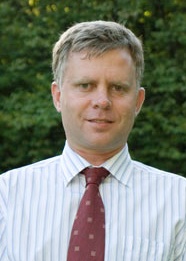 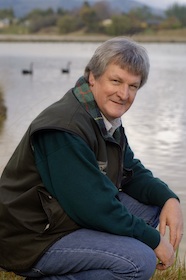