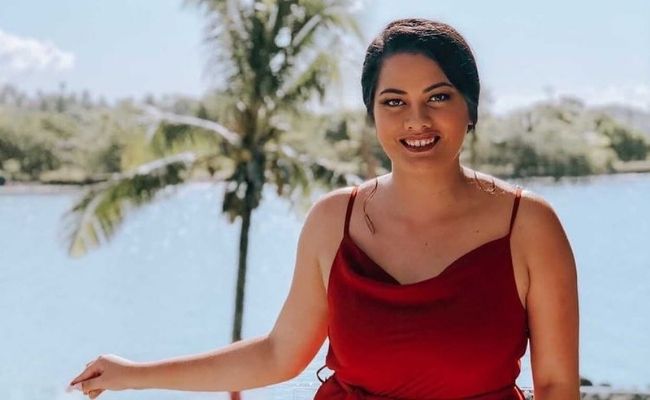 Brenetta Pogi says losing her mum influenced her desire to become a doctor.

With her eyes on the future and using her past experience to guide her, medical student Brenetta Pogi has big plans to make a difference to her community.

“Tālofa lava, o lo’u igoa o Brenetta Pogi. I am a proud tāma’ita’i Samoa from the villages of Lepā, Saoluafata and Saipipi. I was born in Moto’otua Hospital and grew up in Pālisi, a small village in Apia. I am the youngest of eight children; four brothers and three sisters.”

Brenetta began her journey at the University four years ago. She chose to follow in the footsteps of her brothers who also studied here. Now, about to begin her fifth year of study, Brenetta has had a wealth of life experience that lead her to her decision to study medicine.

“When I was 12, my father was offered a role in Auckland and at the same time, I found out that my mum had been diagnosed with lung cancer. We moved to New Zealand in 2009, knowing that my mum could also have treatment here, but not long after, she lost her battle with Cancer.”

“I didn’t quite process what had happened until I finished high school and started at University. In hindsight, I think my mum influenced my dream to be a doctor.”

Brenetta learned quickly that it wasn’t going to be an easy journey. This discovery came in the form of a first-year health science paper that she didn’t pass. She also learned that a setback doesn’t mean giving up, it just means finding an alternative route.

“It came as no surprise to me; I knew I needed to put in more work and this was the wake-up call I needed. It re-fuelled my passion and I decided to complete a Bachelor of Science and then re-apply to medical school in the graduate category.”

Despite a few hurdles, such as discovering that she was still considered an international student, Brenetta was offered entry to both medical and dentistry schools. It’s been no simple feat getting to where she is, but through hard work and a focus on her dream, Brenetta is now heading into her sixth year of study.

Over summer, she has taken part in a Ministry of Health funded internship at South Seas Health Care in Otara. The internship has involved getting to know her community and seeing where her work might lead her in the future. 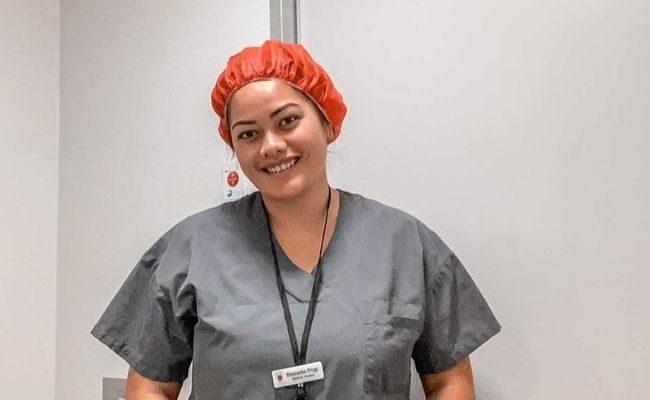 Over summer, Brenetta has taken part in a Ministry of Health funded internship at South Seas Health Care in Otara.

“It’s been great to gain some experience with a Pacific health provider and shadowing professionals to see the kind of work I could do in the future. One day I’d like to return to Sāmoa to help rebuild their health system and serve our beautiful people. For now, I will continue to work hard so that one day I’ll be worthy of such responsibility.”

Brenetta acknowledges her family’s role in her success so far, she says a solid support system is a crucial factor in it.

“I wouldn’t be where I am today without the constant support and prayers of my family, friends, father and partner. They have been there every step of the way cheering me on, especially when I felt like giving up and returning home. What I’ve learned over the years is that surrounding yourself with people that mirror your own values and goals, will not only help you reach your destination but take you a step further.”

Brenetta’s story recently had a strong impact on her community when it was shared on social media. She hopes that her story will inspire others to use their experiences to fuel their passions too and work hard to make a difference for those around them.