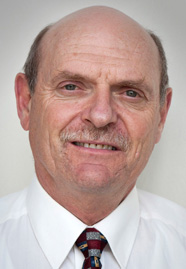 UOW Professor Emeritus Carl Burgess was made a Member of the New Zealand Order of Merit (MNZM) for Services to Pharmacology in the 2013 Queen’s Birthday Honours list.

Professor Carl David Burgess was a Professor of Medicine and Clinical Pharmacology at the Wellington School of Medicine and Health Sciences from 1982 to 2013. He graduated from the University of Cape Town in 1970 with a Bachelor of Medicine and Surgery (MBChB). After House Surgeons appointments in South Africa he emigrated to the United Kingdom where he trained as a Physician and Clinical Pharmacologist. He was awarded the membership of the Royal College of Physicians (MRCP) in 1975. He was awarded my Doctorate in Medicine (MD) by thesis from the University of Cape Town in 1981. He was awarded the Fellowship of the Royal Australasian College of Physicians (FRACP) in 1989 and was elected as a Fellow of the Royal College of Physicians (FRCP) in 2003. After House Surgeon appointments in South Africa, he commenced his physician training in the United Kingdom. He commenced Clinical Pharmacology Research at St Bartholomew's Hospital in London in 1976 and from there he moved to the University of Southampton where he was a Lecturer in Clinical Pharmacology and Medicine. He emigrated to New Zealand in 1982 where he was appointed first as a Senior Lecturer in Medicine and Clinical Pharmacology to the Wellington School of Medicine. He was promoted to Associate Professor in 1994 and became Professor of Medicine and Head of Department of Medicine at the Wellington School of Medicine in 2001. He was a Consultant Physician to Capital and Coast Health from 1982. He  taught both internal medicine and clinical pharmacology from 1976 to 2013 and has also been involved in clinical pharmacology research since 1976. He has investigated the use of such drugs as anti-depressives, antiarrhythmic agents, bronchodilaters and more recently have been involved in assessing the use of medicines in hospital.