The Art of Palliative Medicine - 2016 Semester 1 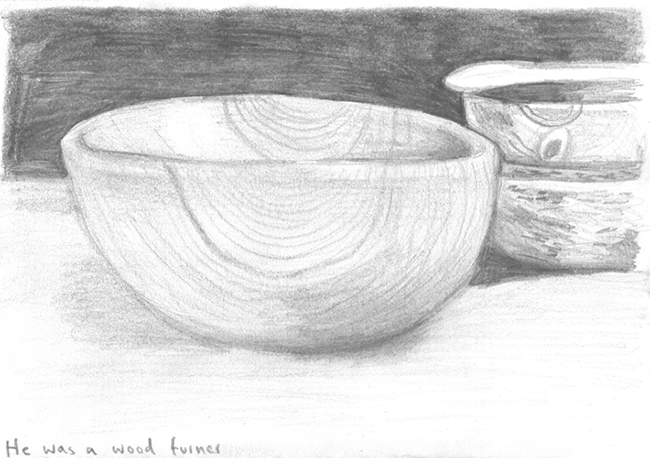 I chose to do a drawing and a poem after reflecting on our visit to the palliative care patient. His house was filled with objects that he had crafted, and outside a garden that was decorated and tended to. He had been a busy man but now he sat very still and in pain from his bone metastases. I did a drawing because I felt it was appropriate to do something with my hands to attempt to reflect his skill and also wrote a poem which hopefully conveys why I was so affected by the objects around him.