Cycling and walking in NZ cities 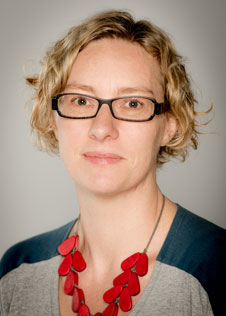 Cities with higher levels of cycling and walking have better overall population health, according to new research from the University of Otago, Wellington.

“This was what you might expect, but we also found some surprising results such as that the weather does not necessarily influence whether more people cycle and walk,” says lead researcher Dr Caroline Shaw.

“For example, Wellington, Christchurch and Dunedin with their colder, wetter and windier climates had the highest levels of people walking and cycling for transport.”

Walking is currently the most common form of active transport, but the proportion of trips taken by walking ranges from 12 per cent in Hamilton to 27 per cent in Wellington. Cycling to work was most common in Christchurch (7 per cent) and least common in Auckland (1.2 per cent). Other cities in the study were Tauranga and Dunedin.

All the cities had basic cycling and walking infrastructure, but this varied widely from city to city.

“We found that on-road cycle lanes without physical protection from cars do not particularly appear to be associated with high levels of cycling,” says Dr Shaw.

“For example, Tauranga and Hamilton report the highest percentage of roads with these types of cycle lanes (15 and 18 per cent of roads), but levels of cycling for transport in these cities are still quite low.”

The study was inspired by a United States of America benchmarking programme by the Alliance for Biking & Walking, which reports every two years on the state of active transport in 50 states and 50 cities. No one has previously looked systematically at how New Zealand cities support cycling and walking.

“We wanted to see if we could establish a baseline for a similar series of studies in New Zealand,” says Dr Marie Russell, another of the researchers.

Benchmarking cycling and walking in six New Zealand cities: Pilot study 2015 makes a baseline assessment of key inputs to cycling and walking such as levels of funding, city council policies and programmes, amount and type of cycling and walking infrastructure, and people working on these areas. It also assesses outputs, such as who cycles and walks, how safe it is, and the health of populations of each city.

The report was funded by the University of Otago and the Resilient Urban Futures programme in the New Zealand Centre for Sustainable Cities. It is available to download for free from the Department of Public Health, University of Otago, Wellington website.