New research towards a Smokefree Wellington 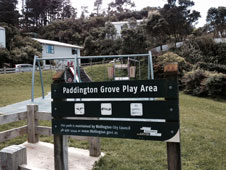 A project by the University of Otago, Wellington used the capital city as a case study to explore the issues and options for progressing smokefree outdoor policies in urban public spaces.

The study, just published in the Australian New Zealand Journal of Public Health, reports that the Wellington City Council’s own surveys had found high support for new smokefree policies, but often very low awareness of the current policies.

From the 2015 surveys, the authors found 89 per cent of the public supported smokefree entrances of buildings accessed by the public, and 82 per cent supported bus stops. However, lead author Associate Professor George Thomson says that only 32 per cent of those surveyed were aware that all sportsfields were already smokefree.

The researchers also found that using smokefree bylaws is legally and practically feasible, and most (75 per cent) of those surveyed preferred bylaws to the current ‘educational’ approach.

“We need local policies in New Zealand only because central government is sitting on its hands, compared to Australian states such as Queensland and many jurisdictions in North America,” says Associate Professor Thomson.

The research found that smokefree outdoor policies for some areas could be achieved through licence and lease conditions (e.g. for café pavement area leases).

“To be effective, policies would also require sufficient investment to communicate them and their rationale, even if these policies were backed by law. International experience has shown that the enforcement of smokefree bylaws can largely be by verbal information and warnings by venue managers or officials,” says Associate Professor Thomson.

Potential new policies include a smokefree downtown area, which would send a powerful message about the values and image of the city. Associate Professor Thomson said that a smokefree downtown was entirely possible within the next five to 10 years, if Wellington was serious about helping smokers to quit.

The researchers note that the Wellington City Council is already moving on smokefree bus stop signs, but that other research has shown that the Council’s play areas and parks often lack smokefree signage or use tiny signs. “With some measuring 10cm by 10cm, these are some of the smallest outdoor smokefree signs in the world” says Associate Professor Thomson.

A more detailed report is also available online at: http://www.otago.ac.nz/wellington/otago621647.pdf