Discrimination in the housing market, as well as structural issues such as poverty, racism and instability, are placing Takatāpui and LGBTIQ+ people at higher risk of homelessness, researchers from the University of Otago, Wellington, have found. 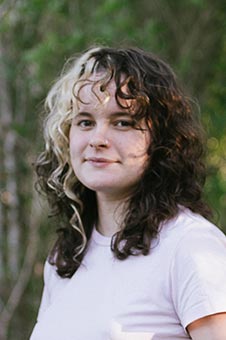 The research was led by Research Fellow Dr Brodie Fraser from the Department of Public Health, who interviewed people who identified as Takatāpui/LGBTIQ+ and had experienced homelessness.

Most of those interviewed were well educated and had experienced homelessness at a range of different ages. All experienced severe poverty and financial insecurity before, during, and after their periods of homelessness.

“People were having to hide their LGBTIQ+ identity just to try and find housing. Transgender and gender non-conforming people who might not be able to conceal their identity are suffering particularly nasty instances of discrimination in the housing market.”

There has been little research done on the experiences of homelessness amongst Takatāpui/LGBTIQ+ people in Aotearoa New Zealand. However, international research has found between 20 and 40 per cent of homeless populations are LGBTIQ+ despite this group only comprising an estimated five to 10 per cent of the wider population.

Dr Fraser found those interviewed for the research had faced anti-LGBTIQ+ discrimination in all areas of the housing market, but particularly from landlords and flatmates.

“You see instances where a flatmate will ask a transgender woman to move out because they only want to live with women. Trans women are women, and they shouldn’t find themselves homeless just for being who they are.”

“Even when they had stable jobs and glowing references, they found it really hard. As one participant said, ‘if you are competing with other people for cheap housing, they are always gonna choose someone who is like them, not someone who is like me (Māori and trans/Takatāpui), and people like me are not usually landlords.”

Takatāpui and LGBTIQ+ people experiencing homelessness are being failed by institutions, such as government agencies, and social service organisations, Dr Fraser says.

“Social welfare was an area where participants were acutely failed. Work and Income needs to have more flexibility built into its systems to take into account people’s individual circumstances, particularly for young Takatāpui/LGBTIQ+ people who have become homeless as a result of discrimination from within their families.”

The 2018 New Zealand Census found more than 41,000 New Zealanders or almost one per cent of the population were homeless. Rates of homelessness in New Zealand have been steadily increasing since 2001 when counts first began, but there are no statistics on homelessness among Takatāpui/LGBTIQ+ people.

Dr Fraser says the Takatāpui and LGBTIQ+ community is adept at supporting each other.

“We see a community that has and continues to be incredibly underfunded doing its best to support those in need. All participants were giving back to the community in a range of ways, and striving to make sure that others did not experience the same hardships they did.”