Big Food is a special interest course and one of the first of its kind in New Zealand. It will examine the framing of obesity as an issue of food policy and explore the influence and significance of the food industry, the Government, and non-government stakeholders and interest groups in the food policy process. 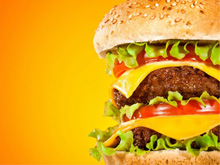 The course is designed to update and inform those interested in food policy and how it influences population nutrition and health, with a focus on obesity and non-communicable diseases. A host of national and international experts in the area of nutrition and food policy will deliver the course through lectures and the presentation of relevant case studies.

By the end of this course, participants should have a greater understanding of:

Dr Tim Lobstein was appointed Director of Policy and Programmes in 2008 having worked for IASO and IOTF on child obesity and public policy issues for several years. Prior to this he was Director of an advocacy body, The UK Food Commission, and consultant on food and nutrition policy to the European Commission, the World Health Organization and several national and international government and non-government bodies. In 2006 Dr Lobstein was appointed Visiting Fellow at the University of Sussex Science Policy Research Unit, and in 2008 became Rudd Visiting Fellow at Yale University, USA. Dr Lobstein is principal investigator of POLMARK, an internationally-funded study of influences on children’s diets, and STANMARK, an EU-funded project to develop international marketing standards for children’s food and beverages. He is also a work-package leader and adviser in eight European and US research projects.

Jane Landon is deputy chief executive of the National Heart Forum – a charitable alliance of national organisations in the UK dedicated to the prevention of avoidable chronic diseases, including coronary heart disease, through scientific review and public health policy development. She leads the NHF’s policy development work and has a special interest is food and health, and children’s nutrition in particular. Jane also chairs the board of trustees for the Food Commission – an independent watchdog organisation campaigning for safer, healthier food. She is on a number of advisory groups for the Department of Health, the Food Standards Agency and the European Commission, and is a regular participant in public debates and conferences on obesity, school meals, marketing to children and food labelling issues. In 2009, Jane was made a Fellow of the Faculty of Public Health, by distinction.

Dr Mike Rayner is Director of the British Heart Foundation Health Promotion Research Group which is based within the Nuffield Department of Population Health of the University of Oxford and which he founded in 1993. The Group carries out research in two areas: firstly the burden of cardiovascular disease and secondly into population based-approaches to the prevention of cardiovascular disease. Mike’s particular research interests are in food labelling, food marketing, food taxes and the relationship and the relationship between a healthy diet and a sustainable diet.

Mike is also Chair of Sustain and Chair of its Children’s Food Campaign in the UK. He is a trustee of the UK Health Forum, a former member of the Public Health Interventions Advisory Committee of NICE (the National Institute for Health and Clinical Excellence for the UK), Chair of the Nutrition Expert Group for the European Heart Network based in Brussels and a member of the Scientific Advisory Panel of the International Obesity Task Force. He is also an ordained priest in the Church of England.

Professor Jim Mann is Professor in Human Nutrition and Medicine at the University of Otago. He is also the Director of the Edgar National Centre for Diabetes and Obesity Research (ENCDOR), the WHO Collaborating Centre for Human Nutrition and Principal Investigator for the Riddet Institute, a National Centre of Research Excellence at Massey University, Palmerston North. He has been involved with a number of international and national organisations concerned with nutrition, diabetes and cardiovascular disease, several of which he has chaired or continues to chair. These include the Diabetes and Nutrition Study Group of the European Association for the Study of Diabetes, the Evidence Based Nutrition Panel of the International Union of Nutritional Sciences (IUNS) and several WHO/FAO Expert Advisory Groups and Scientific Update Groups. He was appointed to the WHO Nutrition Guidance Expert Advisory Group (NUGAG) in 2009 and the WHO Expert Advisory Panel on Nutrition in 2011. In New Zealand he chaired the National Heart Foundation’s Scientific Committee, the Ministry of Health Nutrition Advisory Group and the committees which developed guidelines for cardiovascular risk assessment, obesity management and the management of type 2 diabetes. He currently serves on the Ministry of Health National Diabetes Services Improvement Group.

Professor Boyd Swinburn is the Professor of Population Nutrition and Global Health at the University of Auckland and Alfred Deakin Professor and Director of the World Health Organisation (WHO) Collaborating Centre for Obesity Prevention at Deakin University in Melbourne. He trained as a specialist endocrinologist and has conducted research in metabolic, clinical and public health aspects of obesity. His major research interests are centred on community and policy actions to prevent childhood and adolescent obesity, and reduce, what he has coined, the ‘obesogenic’ food environment.
He is Co-Chair of the International Obesity Task Force (IOTF) and was President of the Australia and New Zealand Obesity Society (ANZOS) from 2005-7. He has also contributed to over 30 WHO consultations and reports on obesity, authored over 300 publications and given over 400 presentations. Through these efforts he is significantly contributing to national and global efforts to reduce the obesity epidemic.

Professor Cliona Ni Mhurchu is Programme Leader for Nutrition Research at the National Institute for Health Innovation. She trained in Nutrition and Dietetics at Trinity College Dublin and worked as a Clinical Dietitian before undertaking a PhD in Public Health Nutrition in the UK. Her research programme focuses on evaluating promising population dietary interventions and policies, particularly health-related food taxes/subsidies, front-of-pack nutrition labels, and reformulation of foods to reduce salt and saturated fat contents. Cliona serves on a number of national and international advisory committees including the Heart Foundation of New Zealand Food and Nutrition Working Group, Food Standards Australia New Zealand Social Sciences and Economics Advisory Group, and the New Zealand Front of Pack Labelling Advisory Group. She is a member of the International Society of Behavioral Nutrition and Physical Activity Communications Committee, and Chair of the School of Population Health Board of Research. Cliona has published more than 100 scientific papers in peer-reviewed journals. She is Director of a 5-year HRC research programme, "Effective Interventions and Policies to Improve Population Nutrition and Health"

Sharon Friel is Professor of Health Equity at the National Centre for Epidemiology and Population Health and Director of the Menzies Centre for Health Policy at the Australian National University. Between 2005 and 2008 she was the head of the Scientific Secretariat, based at University College London, of the World Health Organisation’s global Commission on Social Determinants of Health. In 2010 she was awarded an Australian Research Council Future Fellowship to investigate the interface between health equity, social determinants and climate change (particularly through food systems and urbanisation), based at the National Centre for Epidemiology and Population Health, ANU. Prof Friel’s research is policy focussed and in areas of social determinants of health; global health; climate change; food systems; urbanisation and non-communicable disease prevention. She is chief investigator on several current major research collaborations in social and environmental determinants of health inequities, including issues such as trade policy, systems approach to chronic disease prevention, climate adaptation and urban planning policy and food policy. She is co-founder of the Global Action for Health Equity Network (HealthGAEN), a global alliance concerned with research, training, policy and advocacy related to action in the social and environmental determinants of health equity, and chairs Asia Pacific-HeathGAEN.

Christina McKerchar is of Ngāti Kahungunu, Tūhoe and Ngāti Porou descent. She trained as a nutritionist, and worked for a number of years, for Te Hotu Manawa Māori a national Māori Health provider. She has also worked for Agencies for Nutrition Action, a coalition group of non-government organisations who have an interest in nutrition.

Tolotea Lanumata is Tongan. She has been working for a number of years in health research. Her research interest includes Pacific health, food policy making and the influence of food policy on Pacific communities, health promotion and the investigation of ethnic inequalities in health. She is currently completing her PhD at the Department of Public Health, University of Otago Wellington looking at policy interventions to promote healthy eating for Pacific children in Aotearoa New Zealand.

John White is completing his PhD in public health on the politics of food labelling at the University of Otago, Wellington. After an early career in social science research he moved into public sector management, followed by a period of contract work, mainly in the public sector. His interest in public health was sparked through working with FOE (Fight the Obesity Epidemic). His research interests relate to how public health can do better in areas where business power is the main impediment to progress.

Associate Professor Louise Signal is a Director of the Health Promotion and Policy Research Unit at the University of Otago. She is a social scientist who has worked and done research in the field of health promotion for over 25 years. Her research interests include food politics and policy and tackling inequalities in health. Her current research focuses on junk food promotion in sport, key stakeholders’ views on food taxes and subsidies, and analysing the world of food marketing from the perspective of children. Louise is the Regional Director for the International Union for Health Promotion and Education and chair of the Academic Advisory Committee to the Health Promotion Forum of New Zealand.

Dr Gabrielle Jenkin is a social scientist working in the multi-disciplinary area of public health research with a focus on food politics, food policy making and the influence of food policy on population health and nutrition. Dr. Jenkin’s PhD was on food and nutrition policy and politics in New Zealand. Her current research involves an examination of food marketing to children on television and via the internet and the relevant rules and regulations around this.