Is austerity bad for your health? 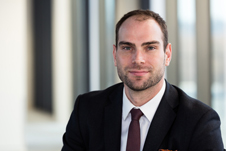 Austerity measures are seriously bad for our health, according to Oxford University Professor David Stuckler, visiting Wellington this week as part of the University of Otago, Wellington Public Health Summer School.

Professor of Political Economy and Sociology at Oxford and a research fellow of the London School of Hygiene and Tropical Medicine, Professor Stuckler says evidence shows, throughout history, a causal link between the strength of a community's health and its social protection system.

“The global financial crisis (GFC) has had a seismic impact upon the wealth of nations. But we have little sense of how it affects one of the most fundamental issues of all: our physical and mental health,” Professor Stuckler says.

He also suggests that although financial crises can have catastrophic effects on the health of populations, this does not necessarily have to be so.

His book ‘The Body Economic: Why austerity kills’ (2013, written with Sanjay Basu), looks at the daily lives of people who have been affected by financial crises, from the Great Depression of the 1930s, to post-communist Russia, to the US foreclosure crisis of the late 2000s. It addresses questions of why Sweden experienced a fall in suicides during its banking crisis, what happened to the 10 million Russian men who ‘disappeared’ in the 1990s and why is Greece experiencing rocketing HIV rates.

“Professor Stuckler’s work compellingly shows that the way communities respond to a financial crisis has a direct and substantial impact on the health of those communities. When faced with similar crises, the health of some communities sharply deteriorates, as is currently occurring in Greece, while others may actually improve, such as in Iceland,” says Professor Di Sarfati, from the University of Otago, Wellington.

“We may have weathered the GFC reasonably well, but the rising level of inequalities is a major threat to health and social cohesion in New Zealand and across the globe,” she says.

Professor Stuckler will give a public lecture this evening at the University of Otago, Wellington in Newtown. He will speak on this topic and how the health of societies is strongly influenced by decisions we make about the distribution of wealth.

“Professor Stuckler’s book was described by the Guardian newspaper as as “an explosive, powerful, morally armour-plated broadside”. We look forward to hearing his ideas about why economic and social policy affects us all at a public lecture on Thursday night on our Wellington campus,” says Professor Sarfati.