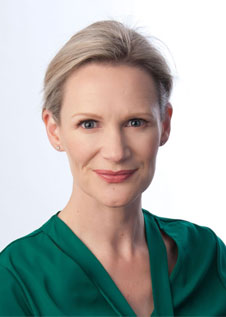 Clozapine, one of the main treatments for schizophrenia, works better than any other medication for about one-third of people, and is the ‘gold-standard’ for treatment-resistant schizophrenia.

However, this study shows that some of its side effects are under-recognised. It causes gastrointestinal hypomotility or ‘slow-gut’, which may result in severe constipation, bowel obstruction, or — as has been the case for more than a dozen New Zealanders — a fatal outcome.

Researchers from the University of Otago, Wellington, and Capital & Coast District Health Board (CCDHB) analysed all the reported cases of serious clozapine-induced ‘slow-gut’ submitted to New Zealand and Australian pharmacovigilance agencies over a 22 year period, making this the largest international study of these side effects to date.

“Official drug safety information in all countries under-estimated the prevalence of clozapine-induced slow gut almost 40-fold and provided almost no information about the range of effects this has,” says lead author Dr Susanna Every-Palmer of the Psychological Medicine Department at the University of Otago, Wellington.

The study found 160 reports of serious clozapine-induced slow-gut. At least 29 of these patients died, including 13 New Zealanders. Serious slow-gut reactions affected clozapine users of all ages in this study, from a 17-year-old boy to 73-year-old man. 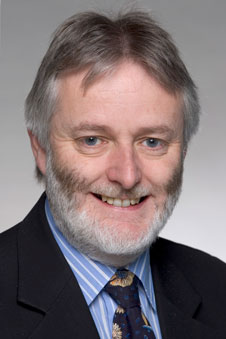 “We think serious harm from clozapine-related slow-gut is preventable” says lead author Dr Every-Palmer, “but we definitely need more research to guide us. This is not an area to which researchers have been paying much attention.”

Dr Every-Palmer and co-author Professor Pete Ellis also compared the rate of serious clozapine-related gastrointestinal complications reported in this and other epidemiological studies with those in official drug safety sheets issued in New Zealand, Australia, the UK and USA. The results both surprised and concerned the authors.

Earlier studies by the same team measured the frequency and extent to which clozapine affected gut function, finding that clozapine slowed the gut in 80 per cent of users. Giving laxatives improved gut motility significantly for people taking clozapine and reduced the chances of serious harm like bowel obstruction.

“While Medsafe has issued a number of prescriber updates on this issue, the manufacturers’ official drug safety datasheets are completely out of date,” says Dr Every-Palmer.

“If prescribers and users don’t know about clozapine’s gut-related side effects, then they don’t know they need to prevent slow gut by using laxatives. They don’t know what the ‘red flags’ are that warn that the gut is shutting down. If they look up the datasheets and there’s nothing there, then they are left in the dark.”

Professor Ellis is worried that the message has not been getting across.

“Clozapine’s gastrointestinal effects continue to remain inadequately recognised. Despite a number of recent coroner’s cases looking at this side effect spectrum, with recommendations for better information and monitoring, we are yet to see action,” says Professor Ellis.

“Drug regulators such as the FDA, Medsafe and the MHRA in the UK must ensure that the manufacturers keep clozapine datasheets up to date. These are important resources for clinicians, users and carers. Not providing adequate information may contribute to poor awareness of clozapine’s impacts on gut motility—with serious or fatal consequences,” he says.

“We don’t want people stopping clozapine because of concern about ‘slow-gut’, because this can be a very effective drug. And that’s strongly borne out by research data — overall, people live better and longer with clozapine. We just want people to have the right information about its risks, so that these risks can be managed as safely as possible.”

The study was published online this week in the international journal CNS Drugs.