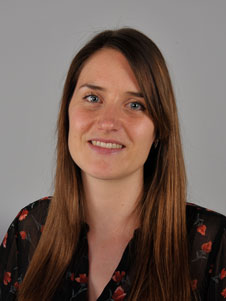 New modelling research has shown the major ways for reducing smoking on the path to New Zealand’s smokefree goal by 2025. University of Otago, Wellington researchers are calling for these new measures to be considered by the New Zealand Government.

Lead author Frederieke Sanne van der Deen says that New Zealand is not on track to achieve the Government-supported Smokefree 2025 goal. Without any further action, smoking rates will still be at moderate levels, particularly for Māori with rates estimated at around 20 per cent by 2025.

The public health researchers estimated the impacts of a range of novel and bold measures — known as tobacco endgame strategies — on future smoking prevalence, population health, and health sector costs. They used computer simulation modelling to estimate the impacts of the different strategies.

“Novel and bold strategies, such as no longer selling tobacco to future generations and phasing down commercial tobacco sales, could accelerate progress towards the Smokefree goal, reduce the ethnic gaps in smoking, and result in large health gains and cost-savings to the health sector, particularly so for Māori,” says Ms van der Deen who has just submitted her doctorate thesis on the topic.

“There has been some recent progress, such as an extension of the yearly tobacco tax increases until 2020, the adoption of standardised tobacco packaging, and the announcement that nicotine-containing electronic cigarettes will be legalised, but there is still no detailed NZ Government strategy in place to get the country to Smokefree 2025,” she says.

While many new tobacco endgame strategies have been proposed in recent years, both in New Zealand and internationally, there is very limited research about their impact, and as such what role they could play in achieving the Smokefree 2025 goal.

“This research shows that more urgent action is needed from the NZ Government to act on its officially supported Smokefree goal — at the very minimum it needs to develop an action plan of how achieve the Smokefree goal particularly for, and with, Māori.”

“With just eight years until 2025, we have to get moving. Continuing with the current strategy is certainly not enough,” says Ms van der Deen.

The researchers from the BODE3 group in the Department of Public Health, University of Otago, Wellington, have just published the research in the international journal Tobacco Control.

For more details, the authors have written about this research on the Public Health Expert blog

For further information, and a copy of the published article, please contact: