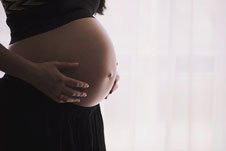 A new study shows most New Zealand obstetric providers need more support when providing a revolutionary genetic prenatal screening test because of its complexity and because it is not publicly funded.

The new technology – non-invasive prenatal testing (NIPT) – is a more accurate type of prenatal screen than currently used and will reduce the number of invasive tests needed.

“Providers need to be well supported to learn about and explain genetic technologies,” says lead researcher Dr Sara Filoche, from the Obstetrics and Gynaecology Department at UOW.

“We found that 70 per cent of providers felt their knowledge would affect their decision to offer this screening, with some providers stating they won’t offer it until it is funded. In fact, nearly all of the providers who responded to the survey thought that NIPT should be publicly funded.”

Dr Filoche says NIPT has been available here for about four years and will be publicly funded in the United Kingdom next year.

“However, in New Zealand it costs around $500, depending on which company is used – it’s a for-profit model at the moment. NIPT is also not regulated in New Zealand and samples are currently sent overseas for analysis.

“We understand that the demand for this technology is increasing – which raises important issues around equity in access, where only those that pay for it can have access.” Dr Filoche says.

But Dr Filoche says it’s not just about the funding.

“There are also number of social and ethical aspects to this screening that needs further exploration and resolution.

“Prenatal screening for possible abnormalities is optional. It is a choice and can help give information about the pregnancy – and beyond, so that providers and whānau can prepare as they need to.

“Women should be enabled to make a free and fully informed choice about whether they want to have this type of screening or not,” she says.

This study was funded by the Lotteries Health Research Fund.